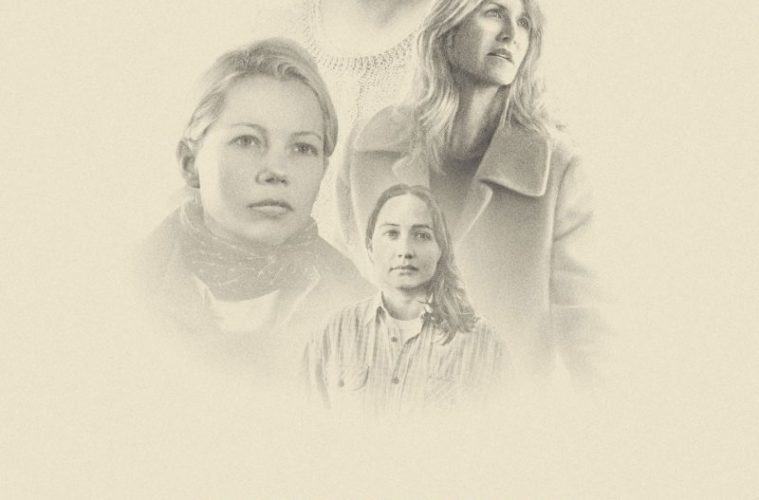 The cinema of Kelly Reichardt lives in quiet, tender observations with deeply rooted characters and location. Even when adding a thriller element as with her last feature, the overlooked Night Moves, her style is never compromised. Her latest feature, Certain Women, is a loosely connected three-part drama adapted from the short stories of Maile Meloy. It’s perhaps the purest distillation of her sensibilities yet as she patiently explores the longing for human connection in a world where men too often get prioritized.

Primarily set in Livingston, Montana, the first story concerns a lawyer (Laura Dern) whose current client (Jared Harris) has been displaced after a workplace accident. By settling for a small sum upfront that barely paid for any related expenses, further litigation has proved impossible. She notes that, if she was a man, her client might have listened to her for the last eight months delivering this exact news. Suffering from an emotional breakdown after fully realizing his situation while driving home, it pushes her client to a breaking point. Reichardt, as she does in the next two stories, ends this passage with a piercing emotion, the foundation of which had been quietly percolating, perhaps initially unbeknownst moment-to-moment to even the most observant viewer. The subsequent story, and the most oblique of the bunch, follows Gina (Michelle Williams) and her husband, Ryan (James Le Gros), as they attempt to purchase a historic sandstone once used as part of their town’s first school in preparation for building a new getaway home. In negotiating with elderly family friend Albert (Rene Auberjonois), in a blink-and-you-miss-it moment a single response from her husband causes her to rightfully get upset. Reichardt again ends on a note of subtly conveyed guilt.

The third and final story brings the most discernibly emotional arc as we follow horse rancher Jamie (Lily Gladstone, delivering her break-out performance) who spends each day in the same routine, repeatedly shown by Reichardt, further placing us in the pristine location. Searching for a human connection, she goes on a drive and comes across a school that holds a night class. Sitting in the back of the classroom, Jamie watches the instructor, Beth (Kristen Stewart), teach about school law, with the only interested parties there being teachers who want to upgrade their parking spaces or increase their salary.

The two then head to the local diner, a repeated activity in which they never truly make eye contact.”I don’t know anyone at all,” Jamie tells Beth, beginning a moving story of unrequited companionship. Stewart’s Beth, with a reserved, albeit comforting presence, is also looking for a friend as her eight-hour round trip to teach this class is a sort of penance as part of her new job at a law firm.

There are no grand revelations or heightened emotions to be found in this film. Rather, Reichardt is keenly aware of small interactions, whether it be a few words or a glance, that make the most memorable moments in one’s life. In one particularly effective sequence, Gina and Ryan discuss their tumultuous (at least in the world of Reichardt) negotiation in the car. Cinematographer Christopher Blauvelt, using 16mm film, frames the reflection of the window over Williams’ distressed face as the natural landscape, imbued with history, glides by, the two converging into one.

The small ways in which its stories connect can be taken as an prompt to being more observant to the world. If one stops to consider a stranger passing by, their life could certainly be worthy of one of these tales. By keeping the scale of each story small and free of any straightforward message, Certain Women will make one reconsider those seemingly slight encounters we have every day with those around us, and the effect they may have on others. With Reichardt fully in control of the stories she’s telling, each of these characters are longing for such a seemingly small, but emotionally revelatory experience.

Certain Women premiered at the 2016 Sundance Film Festival and opens on October 14.