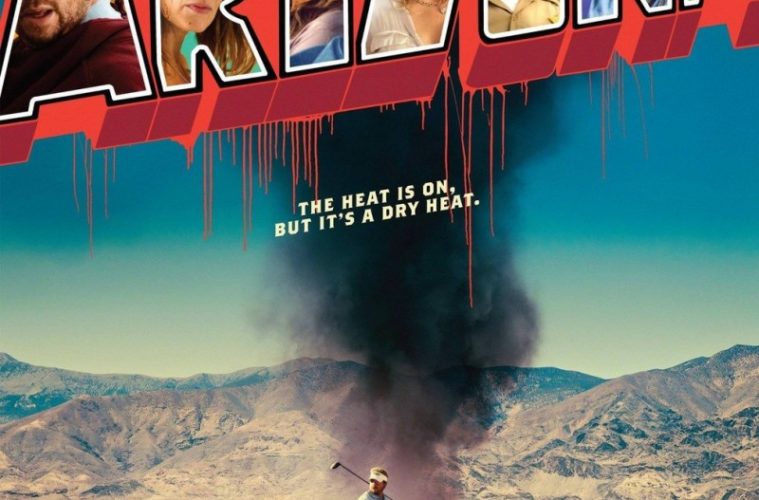 It’s hard not to like Danny McBride. Since his first movie role in David Gordon Green’s All The Real Girls to his breakout dark comedy The Foot Fist Way and beyond, the performer operates at his own energetic speed, often elevating whatever he’s in. In Arizona, directed by McBride’s Vice Principals producer Jonathan Watson, the comedian is given plenty to play with early on and he makes the most it. Unfortunately, the majority of the material is worn out in the first thirty minutes, which leaves the final fifty-five.

Set in Arizona after the real estate bust, Cassie (a very game Rosemarie Dewitt) finds herself selling houses within nowhere developments to people with no better options. Having been tricked herself by a sleazy broker she now works for, she’s a woman stuck with a mortgage she can’t pay, a shitty ex-husband (Luke Wilson) and a daughter (Lolli Sorenson) she can’t impress.

When a tragic (and funny) accident brings Cassie and Sonny (McBride) together, she becomes his hostage. Trapped in his McMansion while he tries to figure out his next steps, she becomes witness to the kind of intense escalation that is common in Sundance’s Midnight section. Written by Luke Del Tredici, what starts as a dark screwball comedy morphs into something nasty. The comedy soon becomes secondary to the violence. And while this is clearly the intention, Arizona never becomes as engaging as a thriller as its premise might suggest. The setting speaks to something socially while the content says nothing much.

McBride and Dewitt are doing A-plus work, but too much of it is buried under some truly mean moments that don’t feel earned or entertaining enough to be worthwhile. Though there be a simple, cat-and-mouse narrative that should allow for the top-notch acting to come through and make its mark, Watson appears more concerned with the intensity and gruesomeness of each death scene. They are frequent, not for the faint of heart, and ultimately distracting.

Despite its brief runtime, the film runs out of steam well before its climax. Wilson offers a surprisingly complex supporting turn here, though he’s given far too little to do. The same goes for David Alan Grier, woefully wasted but fun while he’s around. Composer Joseph Stephens is doing plenty with the score, as though trying to inject excitement and propulsion when there isn’t enough on screen. One longs for a better picture starring McBride and Dewitt playing off each other. Here’s hoping we get one in the future.

Arizona premiered at the 2018 Sundance Film Festival and opens on August 24.