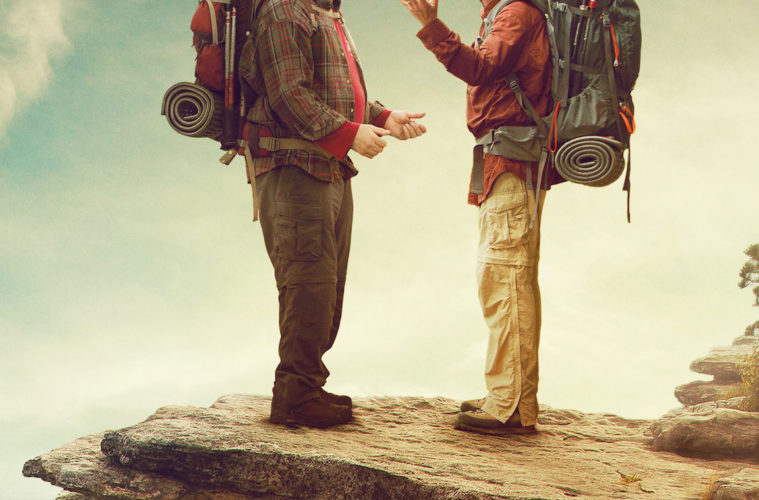 [Sundance Review] A Walk in the Woods

Originally designed to be another collaboration between Robert Redford and Paul Newman, A Walk in the Woods is now coming to the screen with Redford intact and the addition of Nick Nolte. Making the two legendary actors enjoyable to watch as they converse on a trail doesn’t sound too difficult, but sadly, the script stumbles to give them material suited to their talents.

Based on Bill Bryson‘s memoir, A Walk in the Woods follows the author, who has written about the most famous trails all over the world. In the opening of the film, which does a fine job of setting up the awkward tone, Bryson (Redford) is asked by a TV host why he hasn’t written about his own country, and this gets Bryson thinking. The husband and grandfather toys with the idea of hiking the Appalachian trail, which is 2,200 miles long, but Bryson’s wife and kids thinks he’s nuts and too old to hike it on his own. At the insistence of his wife, played by a miscast and underutilized Emma Thompson, he decides to bring along a friend on his journey. After being turned down by most of his buddies, he hears from an old distant acquaintance, Katz (Nolte).

The two haven’t talked in years and the differences between Bill and Katz are obvious, but it doesn’t seem like there’s much of a rift between the pair. There’s hardly any tension on the trail. The script, written by Bill Holderman and Rick Kerb, leans far more on comedy than drama, and most of the comedy falls flat. The banter between the two is soft, expected and not particularly clever. There’s no question Redford is a great actor. He’s earned his status as a legend. Here, though, Redford shows a weakness with comedy. Redford can nail drama in his sleep, but here the delivery and timing is often flat and obvious. At one point Kristen Schaal (Flight of the Concords) appears as an annoying and smug girl on the trail, annoying Bill and Katz to no end. Schaal has real comedic chops, which means she completely overshadows Redford and Nolte.

The quiet and reflective discussions between Bill and Katz display glimmers of a more involving, effective and dramatic movie, but those scenes rarely carry much impact as they often follow sitcom-like humor. Most of the gags are tangential, leading to a slow narrative that spins its wheels. A Walk in the Woods premiered around the same time The End of the Tour did, which has a similar narrative: two people traveling together. Almost every scene and joke adds some depth to the leads in The End of the Tour, while there’s little momentum to the dynamic in A Walk in the Woods.

A Walk in the Woods is underwhelming in nearly every facet, particularly the script, which just leaves the two stranded, and the same goes for the filmmaking. There’s one terribly obvious scene shot on a set, but even worse, there’s an incredible landscape shot we don’t even see the two men in, likely shot by a second-unit director. We don’t get to see them experiencing these environments enough, nor do they ever have any impact within them in any meaningful way.

A Walk in the Woods premiered at Sundance Film Festival and opens on September 2nd.