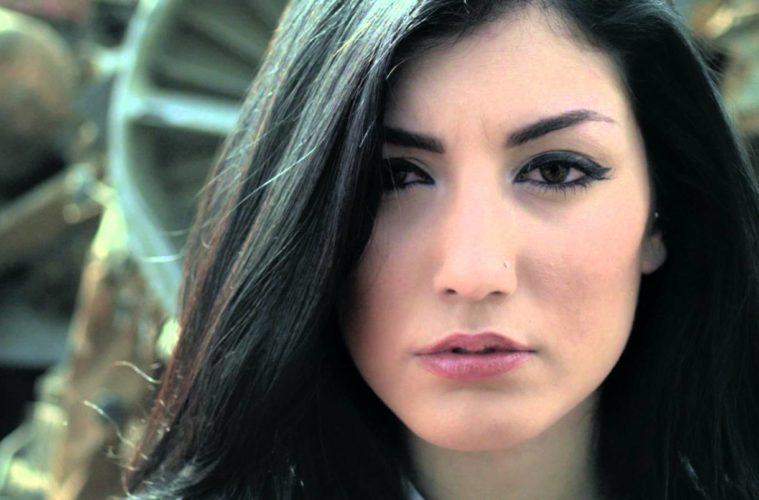 [Sundance Review] A Flag Without a Country

A Flag Without a Country comes across less as a documentary than a based-on-a-true-story movie in which everyone plays themselves. Indeed, protagonists Nariman Anwar and Helly Luv are credited as “cast.” Watching Anwar walk up to an apartment building to call upon an inhabitant and getting into an argument with an old woman is shot in (and bears “the feel of”) an independent drama. And then there are the obvious reenactments, such as when Anwar or Luv recount their youths. The so-called line between fact and fiction isn’t blurred — it’s gently set aside because director Bahman Ghobadi has no need for it.

Anwar and Luv are both Kurds on a mission to recruit children. Anwar, a pilot, needs students for his flying school. Luv, a singer, needs actors for a music video she’s putting together. Both of them find what they need in the population of Syrian refugees that have been driven into Kurdistan by the Islamic State. Beyond their common pool of new friends, the two’s paths never overlap — Anwar is in Erbil and Luv is in a refugee camp near the Syrian border. Both seek to empower their young charges through their passions. And, as suggested by the film’s title — a reference to the continued political turmoil around the Kurdish population — these respective journeys allude to Kurdistan’s resilience.

The aforementioned flashbacks to Anwar and Luv’s youths, tied to the Iran-Iraq War and the Persian Gulf War, respectively, illustrate the disquieting cycles in Middle Eastern conflict. Both leads attempt to steer the kids they take under their wing (literally in Anwar’s case) in constructive, peaceful directions. Luv, initially visiting the camp only to find some photogenic kids, makes it a habit to visit and even delivers them a piano. When his students eagerly declare that they want to fly so that they can bomb ISIS, Anwar offers a tentative rebuke with clear, deep-marrow worry in his eyes. He is a passionate advocate for political sanity, having gained some infamy for landing a plane on a public street to deliver a speech during Iraqi Kurdistan’s elections in 2013. He subsequently crashed when trying to take off again (all of this was captured on tape), and he spends the movie hobbling on crutches. This is a wounded veteran of pacifism attempting to halt further bloodshed.

The movie falters a bit in weighing its time between these two protagonists, with Anwar clearly getting the greater share of screen time — and many of the more interesting sequences. It’s him who gets a fleshed-out, prolonged backstory sequence, whereas Luv’s is comparatively clipped. That imbalance throws off the overall impact of both stories. It also doesn’t help that the children are, for the most part, an undifferentiated mass, more colonies of little bunches of possibilities forming one large symbol than actual human beings. Still, it’s a pleasingly odd duck in the Sundance lineup, tight-roping joy above tragedy in a non-saccharine way.

A Flag Without a Country played at the 2016 Sundance Film Festival.