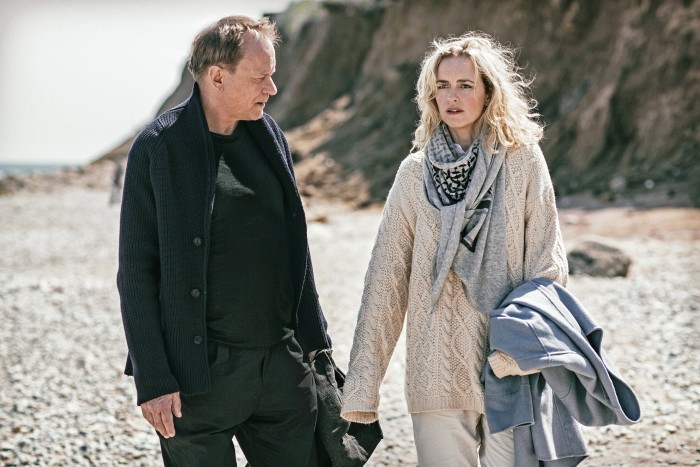 The Tin Drum director Volker Schlöndorff returned to Berlinale this year to premiere his latest drama, Return to Montauk. Starring Stellan Skarsgård and Nina Hoss (Phoenix), the film follows a writer who, while on a book tour, reconnects with a past flame. While there’s no U.S distribution yet, it’ll hit theaters in France this summer and ahead of the release, the first international trailer has arrived.

“Volker Schlöndorff’s latest film has something of the Allen-esque themes of regret and unchangeable fate (the New York setting helps), and perhaps of the relationship dramas of Bergman too,” we said in our review. “And while Return to Montauk doesn’t reach anything like the heights of either of their best work (or indeed Schlöndorff’s own The Tin Drum), it offers a perceptive reflection on a past that can’t be changed and therefore can’t be overcome. Perhaps it’s a typically Germanic theme for Schlöndorff – they even have a word for it: Vergangenheitsbewältigung.”

Return to Montauk opens in June in France and is seeking U.S. distribution.