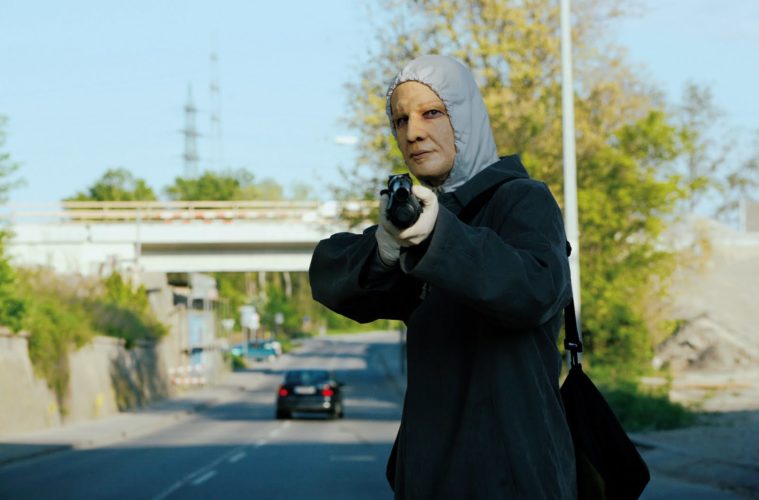 One of the most intriguing films at the New York Film Festival this fall was Benjamin Heisenberg‘s Austrian-German thriller The Robber. Telling the real-life story of marathon runner Johann Rettenberger, who also had a little addiction of robbing banks, this was one film I couldn’t miss. It also stars Andreas Lust, the star of one of my favorite films of the last few years, Revanche. Our own Raffi Asdourian thought highly of The Robber in his NYFF review.

Variety now reports that Sony has acquired the English-language remake rights on the cheap. The film originally premiered at which Berlin Film Festival earlier this year, and then had a German theatrical debut in March. After also coming to Austria and France, the film has made a little less than $300,00.

There are no details on who will star in or direct the remake, only that the producer of Spider-Man 1-3 and the Marc Webb reboot, Laura Ziskin, will also produce here. Sony is no stranger to snatching up English-language rights. Last year, they grabbed the now-mega-popular The Girl With Dragon Tattoo. The Social Network‘s David Fincher is currently shooting in that remake in Sweden. Check out on excerpt of Raffi’s review of The Robber below, as well as a trailer, and read the rest here:

The Robber is a adrenaline pumping heist film that chronicles the infamous true life crime spree of Austrian marathon runner ‘Pump-gun Ronnie’ who on an endorphin rush takes down several banks solely by himself. Interestingly enough director Benjamin Heisenberg opts for a minimalistic approach to plot which make the film feel like a mix between two different kinds of movie. On one hand, you have the hardened criminal lifestyle that Johann Rettenberger (Andreas Lust) finds himself in the middle of contrasted by a fairly mundane existence. This in turn gives meaning to his addict fueled impromptu robberies which are really what is at the heart of this film. In an oddly restrained portrait of a conflicted criminal, The Robber delivers a sense of dread as a human display of fireworks slowly dies out.

What do you think of a remake to The Robber? Does this premise interest you?