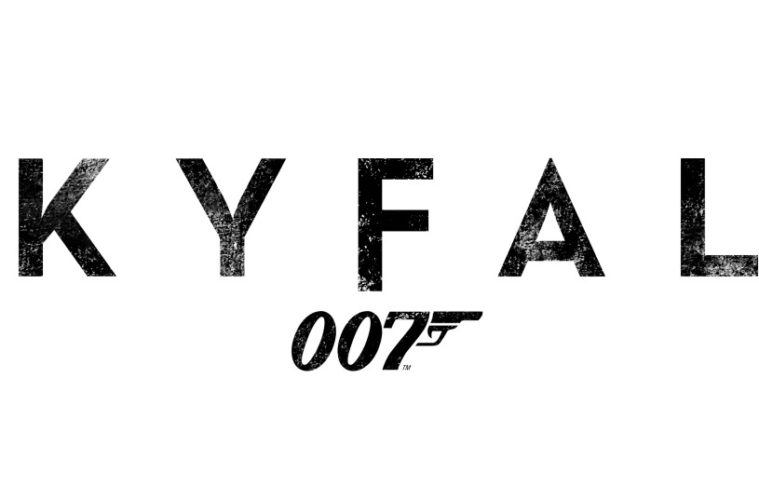 After about a year of rumors, official details for the next James Bond film have been confirmed in a press conference held in London this morning. Shooting will kick off today for the film officially titled Skyfall. Sam Mendes will direct the returning Daniel Craig, who will face off against the villain, finally confirmed to be Javier Bardem.

Bérénice Marlohe has been confirmed to play a “glamourous, enigmatic character” named Severin and Naomie Harris will not be playing Miss Moneypenny, but field agent Eve. Judie Dench is also back, and Ralph Fiennes, Albert Finney and Ben Whishaw will all be newcomers to the cast with roles not yet revealed. There is also an official logo (seen above) and synopsis, which can be seen below.

Other tidbits were announced, such as the title having “emotional context which will be revealed in the film.” And as for those no action rumors, Mendes said there will be a lot of it, but it will all “co-exist with the drama.” This will also be a stand-alone story and Mendes already confirmed interest on doing another Bond film after this with Daniel Craig, but that is, of course, a ways away.

This is a stellar cast, with top-of-line production crew. Although the awards-friendly Forster failed with Quantum of Solace, Mendes is a much stronger director and I can’t wait to see what he brings to the table. Check out the full press conference and a few watermarked images here and below.

Shot by Roger Deakins, Skyfall kicks off production today from a script by Neal Purvis, Robert Wade and John Logan. It will hit UK and Ireland theaters on October 26th, 2012 and here in the US on November 9th 2012.