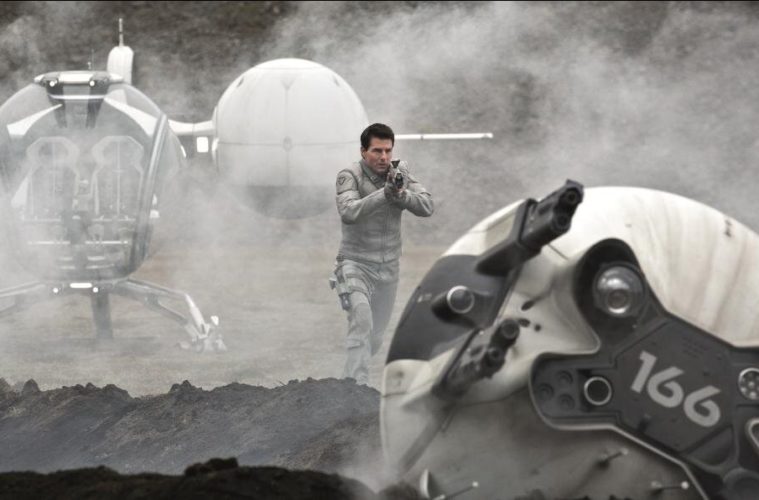 While the debut teaser teased the post-apocalyptic world that director Joseph Kosinski has created for his follow-up to Tron: Legacy, we’ve now got new full-length trailer for Oblivion that opens up more of the story. Set on a demolished Earth, we follow Tom Cruise as a real-life Wall-E who is gathering the last remaining vital resources from the planet.

This new looks introduces some of his romantic past that is still haunting him, as well as what looks to be his company abandoning him. The visuals continue to look top-notch, so lets hope the story follows through. With a script form William Monahan (The Departed, Kingdom of Heaven) and Michael Ardnt (Star Wars: Episode VII, Toy Story 3), check out the trailer below for the film featuring a score from M83 and also starring Morgan Freeman, Olga Kurylenko, Andrea Riseborough, Nikolaj Coster-Waldau, and Melissa Leo.