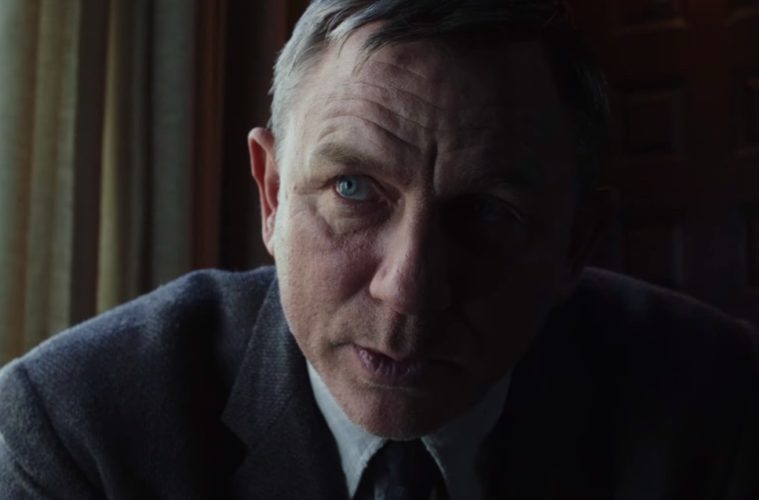 After a smashing TIFF premiere, we still have more than two months to go before we can see Rian Johnson’s murder mystery-comedy Knives Out, but a new trailer has arrived to help with the wait. Starring Daniel Craig, Chris Evans, Lakeith Stanfield, Michael Shannon, Ana de Armas, Jamie Lee Curtis, Don Johnson, Toni Collette, and Christopher Plummer, the film follows the investigation into the murder of a well-off patriarch and the family surrounding him.

Jared Mobarak said in his review, “No stranger to a good mystery—noir (Brick) or comedy (The Brothers Bloom)—Knives Out sees Rian Johnson back to a wholly original property before returning to the world of Star Wars. From the stellar cast to its Clue-esque estate (even he couldn’t resist that joke), this whodunit has looked impeccably positioned to deliver exactly what the genre demands while also dissecting and subverting it for good measure. That the final result might go even further than that only makes it more intriguing. Why? Well the mystery surrounding Harlan Thrombey’s (Christopher Plummer) death is rather matter-of-factly solved within the first thirty minutes. Its truth, however, possesses enough layers to blur the line between culpability and intent as the game moves beyond just discovering a smoking gun.”

See the trailer below, along with some TIFF Q&As.

Acclaimed writer and director Rian Johnson (Brick, Looper, The Last Jedi) pays tribute to mystery mastermind Agatha Christie in KNIVES OUT, a fun, modern-day murder mystery where everyone is a suspect. When renowned crime novelist Harlan Thrombey (Christopher Plummer) is found dead at his estate just after his 85th birthday, the inquisitive and debonair Detective Benoit Blanc (Daniel Craig) is mysteriously enlisted to investigate. From Harlan’s dysfunctional family to his devoted staff, Blanc sifts through a web of red herrings and self-serving lies to uncover the truth behind Harlan’s untimely death. With an all-star ensemble cast including Chris Evans, Ana De Armas, Jamie Lee Curtis, Don Johnson, Michael Shannon, Toni Collette, LaKeith Stanfield, Katherine Langford and Jaeden Martell, KNIVES OUT is a witty and stylish whodunit guaranteed to keep audiences guessing until the very end.

Knives Out opens on November 27.