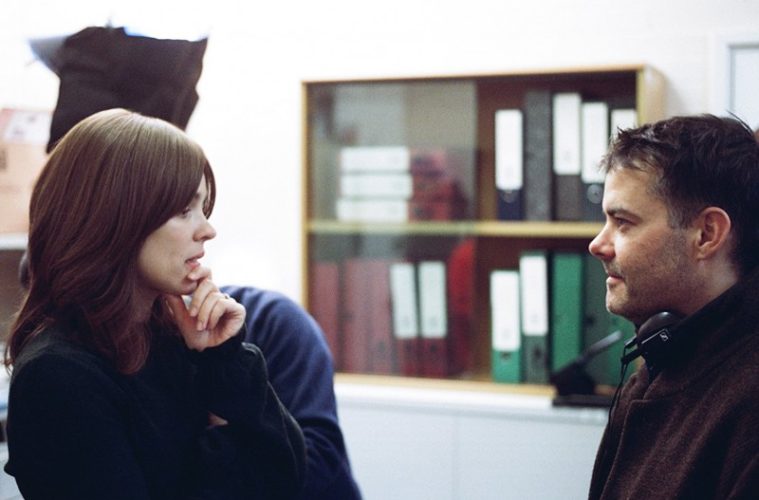 Director Sebastián Lelio arrived at the 2017 Toronto International Film Festival with two new works: A Fantastic Woman and Disobedience. The former, a melodrama with surreal touches about the grieving process of a transgender woman (played by the incredible Daniela Vega) dealing with the death of her lover. The latter, a naturalistic look at an Orthodox Jewish community in London, disrupted by the arrival of the self-exiled rabbi’s daughter Ronit (Rachel Weisz) who comes to pay tribute to her late father.

At first glance, the films couldn’t seem more different from each other if they tried, but a closer look reveals common themes that are becoming identifiers of Lelio’s oeuvre. The Chilean director has become a master at telling the stories of women living on the edge; whether it’s the middle aged divorcee of his international breakthrough Gloria, or the fearless Marina of A Fantastic Woman, Lelio is in his element when his camera becomes the medium for these women to remind the world that they’re still here and that they’re forces to be reckoned with.

Even though the women in Disobedience, Ronit and her former lover Esti (Rachel McAdams in a career-best performance), are much more subdued in the reclaiming of their power, the ripples of their awakening send their quiet community into chaos. The plot sees them rekindle their affair, even though Esti is married to the future rabbi Dovid (Alessandro Nivola), and the film’s twist lies in the realization that the women first need to discover who they are, before embarking in a relationship. Lelio, who co-wrote the screenplay with playwright Rebecca Lenkiewicz based on the novel by Naomi Alderman, imprints the film with his love of texture and sensual cuts creating a sense of melancholy and longing in every scene.

We spoke to the director during the Tribeca Film Festival where Disobedience made its U.S. debut. In the interview Lelio discusses the themes that attracted him to the story and the effect of his Oscar-winning Woman in his native Chile.

First of all, congratulations on the Oscar for A Fantastic Woman. I’d love to hear you talk about the social movement the film began in Chile and what it’s like for you as an artist to see your work create real change in the world.

That was something we wouldn’t have been able to calculate. It’s been thrilling to see the film spill out of the screen and become part of the social fabric and collective imagination all over the world, but especially in Chile. The film began a movement in my country that woke up members of Congress to talk about the Law for Gender Identity. They’re currently discussing it and we hope it becomes law. It’s what Chile deserves. To have a film trigger, or push a movement like that is impressive.

With Disobedience and your upcoming remake of Gloria, you will have done four back-to-back films focused on women who have become exiled within their own world. What attracts you to telling their stories?

Precisely what you’re saying, taking a character who lives on the edge of society and prevailing narratives, and putting them at the center where we can observe them in portraits that are both exaltation and examination. I like to capture these women from all possible angles to make something resembling a cubist portrait. There’s something in watching them fall and lift themselves up that has truly moved me. It’s hard for me to intellectualize it, but I tend to pursue what moves me, and I’ve been going through a phase where following these female characters who seem to not deserve movies of their own, and to make them leads in my films, has mobilized me.

Disobedience is your first film in English, and it’s also about a culture not many people are familiar with, so it’s like a foreign film times two. What was your approach in dealing with two completely new worlds to you?

It was interesting to go to England to make a film about a world not even the English know about. It was like making a contraband foreign film [Laughs], but I also loved the novel, its approach to characters, and I also wanted to work with Rachel Weisz who I admire deeply, and who owned the rights to the novel. I appreciated the invitation to direct and write, which provided me with more freedom than other opportunities I was being offered to direct films in English based on screenplays written by other people. Disobedience gave me an opportunity to leave my mark on the screenplay, and allowed me to find familiar elements in a world that seemed to be so remote. At the end of the day, we’re telling a human story about law vs. desire or individual liberty vs. social expectations, which are recurring themes in my films.

Ronit is a photographer and she comes back to England to pay respects to her father, but she doesn’t feel she’s returning home. I read that when you were growing up you moved a lot, so I wonder if this sense of a displaced home was something you shared with Ronit?

Perhaps? But perhaps there’s also an element of having grown up in a Chile that was so defined by Catholic morality and during the dictatorship, which made the country feel very isolated. Those elements also resonated in Chile. I’m not saying that the Orthodox neighborhood in the film is a dictatorship, but there are certain elements that I felt I understood. I know what it’s like to live under religious influence, and I also know about the power of disobedience as a basic human right. The idea of disobedience as duty was what attracted me most to the story.

It’s also a world where a wig changes who you are. I really liked the contrast we see first when Esti doesn’t recognize Ronit when she sees her wearing a wig, and then during the love scene when Ronit takes Esti’s wig off, making her feel more exposed than any other form of nudity. Can you talk about elements like the wigs that helped shape the characters in the film?

The film is focused on the idea of the individual identity vs. the identity imposed by the community, so the idea of a person in the epistemological sense, as a mask, is very strong. These are the layers we use to hide and function in society, in a way each of these layers fall apart in the film. We see wigs fall off, then clothes, and we ask who is behind all of that? The love scene is striking because it’s the first moment we truly see Esti, with the simple removal of the wig, the scene achieves that power because of the context.

Usually when we see love triangles in movies there’s always a villain, but in the triangle in the film they’re all simply people. It made me think a lot of what Truffaut did in Jules and Jim, were you thinking about the movie, or any other famous love triangles, by any chance?

I was very moved by the scene in which Ronit takes a picture of her father’s grave. We never meet the father in the movie, but this intimate moment was almost like watching a conversation between them. I wonder if this scene involving a camera is also the way you see art as a tool to preserve the essence of those who leave us?

What I love about that scene is that she’s taking a picture of “nothing.” She’s photographing a grave but she sees much more than that. She’s taking a photograph of her father, her childhood… and I believe cinema has that power, to see and capture all the meanings that reality can possess. Cinema does what Ronit does; through a camera you shoot an object, but you also shoot everything that object could represent, of course depending on the sophistication with which the film is constructed.

Disobedience is now in limited release.