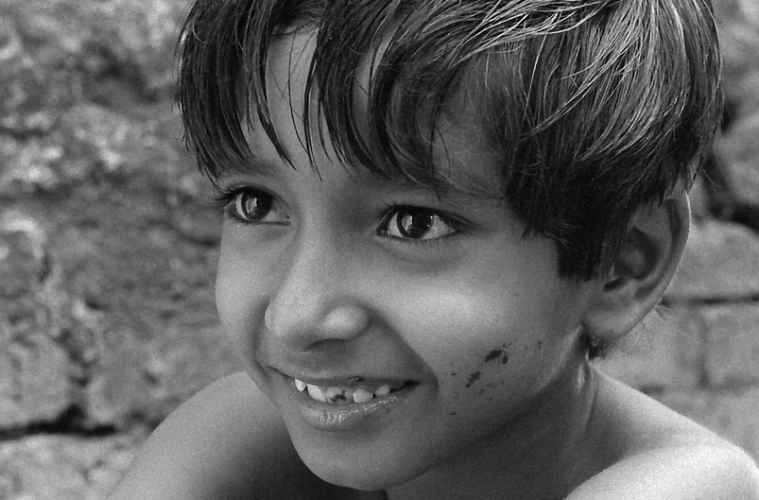 The films that Martin Scorsese once called “one of the great cinematic experiences of my life,” from a director Akira Kurosawa said, “never having seen [his films] is like never having seen the sun or moon,” are returning to theaters in a gorgeous-looking restoration. Satyajit Ray‘s landmark The Apu Trilogy, which tracks the life of a child in the outskirts of Bengal leading to his eventual education and young adulthood, will begin a theatrical release early next month and today brings a new trailer. Check it out below and more about the restoration here.

In 1993, several of the filmmaker’s original negatives were shipped to Henderson’s Film Laboratories in London. In July, a massive nitrate fire at the lab spread to the film vaults, destroying more than twenty-five original negatives of important British classics—and burning several Ray films, including the original negatives of The Apu Trilogy. Any ashes, fragments, or film cans that could be identified as belonging to Ray’s films were sent to the Academy Film Archive, but the trilogy negatives were deemed unprintable—there were no technologies available at the time that were capable of fully restoring such badly damaged film elements.

When the Criterion Collection began working on this restoration with the Academy Film Archive in 2013, the negatives were in storage and hadn’t been seen in twenty years. Many portions were indeed burned to ash, and what remained was startlingly fragile, thanks to deterioration and the heat and contaminants the elements had been exposed to. Head and tail leaders were often missing from reels. Yet significant portions survived, from which high-quality images might be rendered.

Two decades after its original negatives were burned in a fire, Satyajit Ray’s breathtaking milestone of world cinema rises from the ashes in a meticulously reconstructed new 4K restoration. The Apu Trilogy brought India into the golden age of international art-house film, following one indelible character, a free-spirited child in rural Bengal who matures into an adolescent urban student and finally a sensitive man of the world. These delicate masterworks—Pather Panchali (Song of the Little Road), Aparajito (The Unvanquished), and Apur Sansar (The World of Apu)—based on two books by Bibhutibhusan Banerjee—were shot over the course of five years, and each stands on its own as a tender, visually radiant journey. They are among the most achingly beautiful, richly humane movies ever made—essential works for any film lover.

The Apu Trilogy returns to theaters on May 8th. See the roll-out dates here or below. Following the theatrical run, one can also expect an announcement it will come to The Criterion Collection.

Opens May 22
Philadelphia, PA – Landmark Ritz at the Bourse

May 30–June 7
Houston, TX – The Museum of Fine Arts, Houston

June 5–9
Vancouver, BC – The Cinematheque

Is it coming to your city?