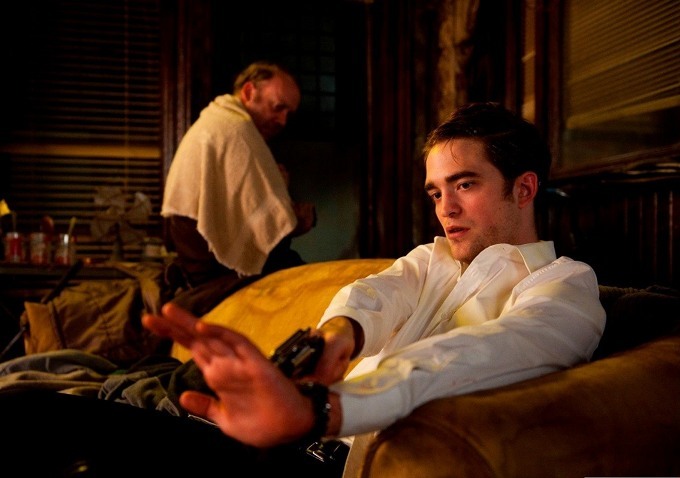 Robert Pattinson is certainly taking some interesting steps in a post-Twilight career. He’s part of the frankly awesome-looking Cosmopolis from David Cronenberg, set for a Cannes bow in a few weeks. Now he’s set for a psychological thriller from Band of Brothers screenwriter Erik Jendresen.

According a press release, the actor is set to star in a film based on Mission: Black List #1: The Inside Story of the Search for Saddam Hussein—As Told by the Soldier Who Masterminded His Capture, a book by  military interrogator Eric Maddox and Davin Seay. Thankfully shortened to just Mission: Blacklist, the film will be directed by Jean-Stéphane Sauvaire making his US debut. The film, which takes an inside look at hunt for Saddam Hussein from the point of view of the interrogator who led his capture, Eric Maddox, will be selling on the Cannes marketplace. I can’t quite picture Pattinson taking on a role like this, but he’s already proven he is up for new territory with this Cronenberg film. Let’s see if he has the chops for something like this. Check out an expanded synopsis of the novel below via Amazon, as well as the trailer for Sauvaire’s last film, Johnny Mad Dog, which played at Cannes in 2008.

Everyone has seen the footage: a heavily bearded Saddam Hussein blinking under the bright lights of infantry cameras, dazed to find himself in U.S. Army custody. Yet while the breaking news was broadcast around the world, the story of the remarkable events leading up to that moment on December 13, 2003 has never before been fully told. Mission: Black List #1 offers the full, behind-the-scenes account of the search for Saddam Hussein, as related by the Army interrogator whose individual courage and sheer determination made the capture possible. In July of 2003, Staff Sergeant Eric Maddox was deployed to Baghdad alongside intelligence analysts and fellow interrogators. Their assignment was clear: gather actionable intelligence – leads that could be used to launch raids on High Value Targets within the insurgency. But, as Maddox recounts, hunting for the hidden links in the terrorist network would require bold and untested tactics, and the ability to never lose sight of the target, often hiding in plain sight. After months of chasing down leads, following hunches and interrogating literally hundreds of detainees, Sergeant Maddox uncovered crucial details about the insurgency. In his final days in Iraq he closed in on the dictator’s inner circle and, within hours of his departure from the country, pinpointed the precise location of Saddam’s Tikrit spider hole. Maddox’s candid and compelling narrative reveals the logic behind the unique interrogation process he developed, and provides an insider’s look at his psychologically subtle, non-violent methods. The result is a gripping, moment-by-moment account of the historic mission that brought down Black List #1.

Can you picture Pattinson in a role like this?