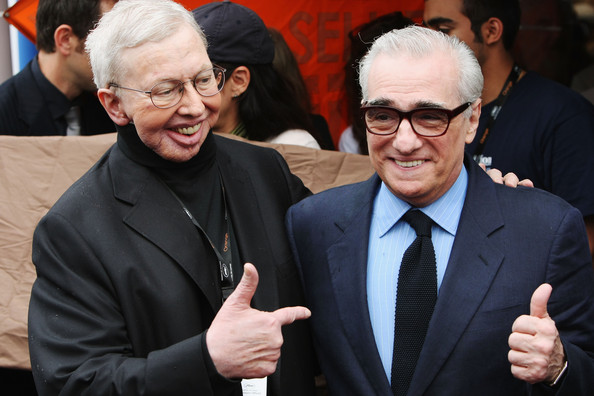 The world’s most famous film critic is getting his own documentary. Rising in fame since he started writing about cinema in the ’60s, there are few, if any, colleagues that have more clout, respect and knowledge than Roger Ebert. The Chicago-based critic will now be receiving the much-deserved documentary treatment, based on his 2011 memoir Life Itself. Check out his announcement on Twitter below:

Whoa! My memoir has been optioned for a doc by Steve James (“Hoop Dreams”) and Steven Zaillian, with Martin Scorsese as exec producer.

That’s right, Steve James, the documentary master behind The Interrupters and Hoop Dreams, will be teaming with Schindler’s List and Moneyball scripter Steven Zaillian to begin early work on a feature surrounding Ebert’s life. While Martin Scorsese isn’t directing, it’s great to see he’s attached as executive producer, with his wealth of film knowledge not dissimilar to that of Ebert. There’s isn’t much more to go on, but this is one upcoming project for any cinephile to greatly look forward to. Check out a synopsis of the book below via Amazon:

Roger Ebert is the best-known film critic of our time. He has been reviewing films for the Chicago Sun-Times since 1967, and was the first film critic ever to win a Pulitzer Prize. He has appeared on television for four decades, including twenty-three years as cohost of Siskel & Ebert at the Movies.

In 2006, complications from thyroid cancer treatment resulted in the loss of his ability to eat, drink, or speak. But with the loss of his voice, Ebert has only become a more prolific and influential writer. And now, for the first time, he tells the full, dramatic story of his life and career.

Roger Ebert’s journalism carried him on a path far from his nearly idyllic childhood in Urbana, Illinois. It is a journey that began as a reporter for his local daily, and took him to Chicago, where he was unexpectedly given the job of film critic for the Sun-Times, launching a lifetime’s adventures.

In this candid, personal history, Ebert chronicles it all: his loves, losses, and obsessions; his struggle and recovery from alcoholism; his marriage; his politics; and his spiritual beliefs. He writes about his years at the Sun-Times, his colorful newspaper friends, and his life-changing collaboration with Gene Siskel. He remembers his friendships with Studs Terkel, Mike Royko, Oprah Winfrey, and Russ Meyer (for whom he wrote Beyond the Valley of the Dolls and an ill-fated Sex Pistols movie). He shares his insights into movie stars and directors like John Wayne, Werner Herzog, and Martin Scorsese.

This is a story that only Roger Ebert could tell. Filled with the same deep insight, dry wit, and sharp observations that his readers have long cherished, this is more than a memoir-it is a singular, warm-hearted, inspiring look at life itself.

“I believe that if, at the end, according to our abilities, we have done something to make others a little happier, and something to make ourselves a little happier, that is about the best we can do. To make others less happy is a crime. To make ourselves unhappy is where all crime starts. We must try to contribute joy to the world. That is true no matter what our problems, our health, our circumstances. We must try. I didn’t always know this, and am happy I lived long enough to find it out.” -from LIFE ITSELF

Are you looking forward to a documentary on Ebert’s life?