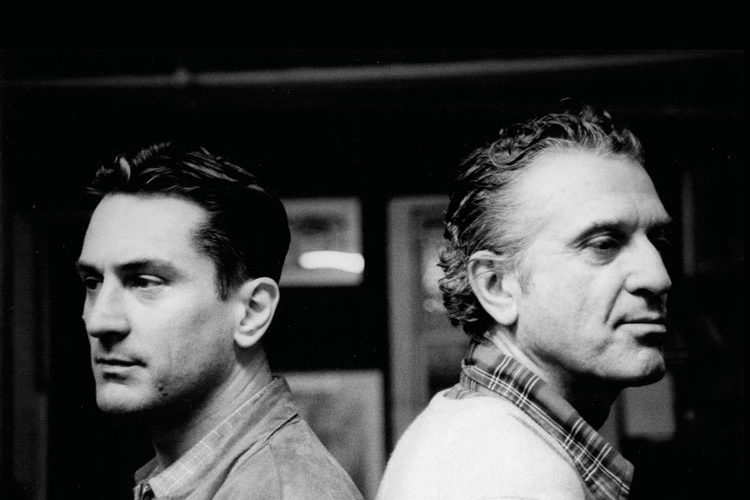 Perhaps the most, if not the, iconic actor that has graced Hollywood, Robert De Niro‘s latest project looks to honor his heritage, specifically his father. Remembering the Artist, directed by Perri Peltz and Geeta Gandbhir, premiered at Sundance Film Festival earlier this year and focuses on the actor’s father Robert De Niro, Sr. and his career as an abstract painter.

Set for a premiere on HBO next month, the first teaser has landed today, but first one must read a fantastic, emotional interview over at Out with the actor discussing his dad’s legacy, homosexuality, art, and family life. When it comes to making the film, he says, “I felt I had to. I felt obligated. It was my responsibility to make a documentary about him.” Check out the touching, brief preview below and make sure to read the full interview.

Robert De Niro, Sr. was part of the celebrated New York School of artists who enjoyed success in his early career during the 1940’s and 50’s in New York City. His paintings blended abstract and expressionist styles with a representational subject matter, bridging the divide between European Modernism and Abstract Expressionism. His work was shown at Peggy Guggenheim’s “Art of this Century” Gallery and was reviewed in many of the most respected art publications of the day. But his success was short lived as his work was eclipsed first by the Abstract Expressionist painters and later by the emergence of Pop Art. As the art world embraced these new movements in the late 1950s and early 1960’s, more traditional painters like De Niro were marginalized. De Niro embarked to Paris to immerse himself in the art of the masters and enliven his own work and career. But the art market of post-war France offered little opportunity for DeNiro. He returned to the United States and continued to paint in relative obscurity. He found solace writing about his hopes and dreams in his journals and poems, hoping that one-day his work would be re-discovered and afforded the critical acclaim that had eluded him throughout his career, even if after his death. His dreams were realized, orchestrated by the man who knew him best — his son, the actor, Robert De Niro. Remembering the Artist premieres on June 9th on HBO.