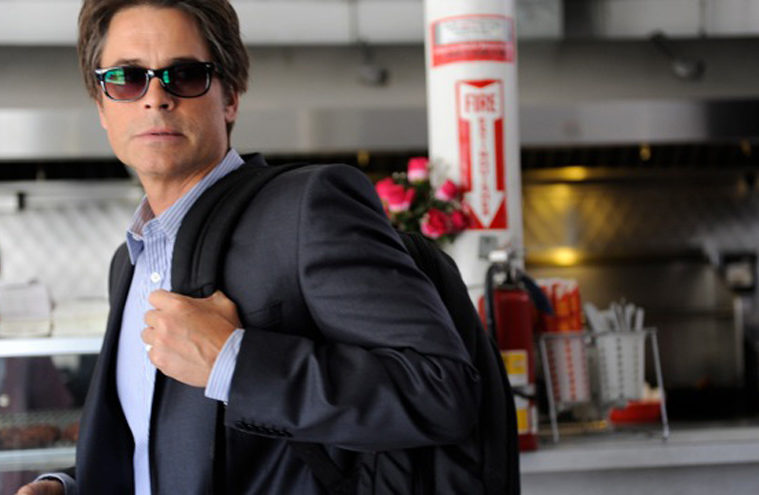 From Mr. Smith Goes to Washington to All the President’s Men, the political scandal subgenre has its fair share of classics and today we have a look at 2013’s first contender — one that unfortunately seems to be a considerable step behind the aforementioned films.

After premiering at Tribeca Film Film Festival last year, Knife Fight features Rob Lowe (The West Wing actor who is getting a political work-out of sorts in Parks and Recreation) as a political strategist who must play the spin game for a few of his high-profile clients. Taking more of a comedic bent, Bill Guttentag’s direction looks quite stale, as does the humor. Perhaps this one will find a modest life on VOD, but the chances aren’t looking strong. Check out the trailer below for the film also starring Carrie-Anne Moss, Jennifer Morrison, Julie Bowen, Richard Schiff, Jamie Chung, Eric McCormack and David Harbour.

Rob Lowe is Paul Turner, a maverick political strategist who can spin even the worst hay into gold. With the help of a bright young assistant and a cynical investigator (played to sleazy perfection by Lowe’s The West Wing co-star Richard Schiff), he struggles to keep his wayward clients—a philandering Kentucky governor and a California senator being blackmailed—in office and out of the scandal sheets. When Paul’s methods are pushed to the breaking point, he takes a gamble on an unlikely client to prove that, even in the bloodiest of battles, sometimes you have to fight clean.

Knife Fight hits theaters on January 25th and is on VOD on the 28th.