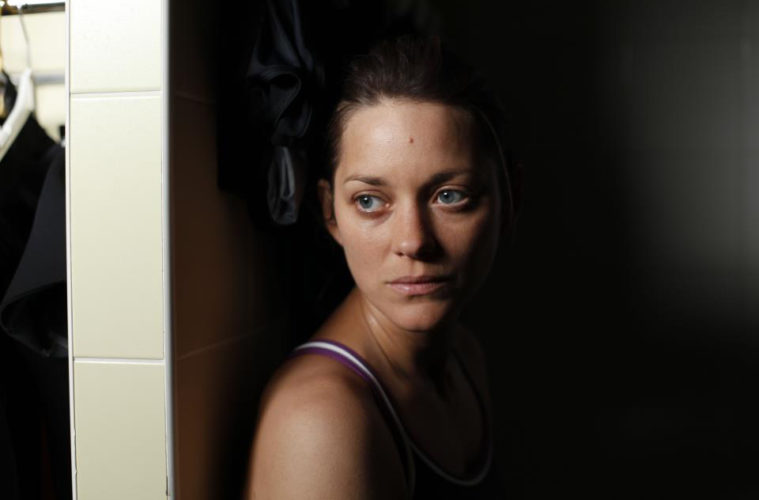 It should speak to Jacques Audiard‘s talent that our first trailer for his next film, although indiscernible in French, is more stirring and powerful than most we’ve had this year. The Beat That My Heart Skipped director is prepping his follow-up to the stunning A Prophet for a festival premiere and international bow next month after much anticipation. Starring Marion Cotillard and Bullhead lead Matthias Schoenaerts, Audiard and his co-writer, Thomas Bidegain, have condensed Craig Davidson‘s omnibus novel into one story for Rust & Bone. Check out the excellent look below from Cinemateaser (via ThePlaylist).

It starts in the north. Ali ends up with Sam, age 5, on the arms. His son, he barely knows. Homeless, penniless and friendless, Ali finds refuge with her sister in Antibes. There is much better that she’s hosting in the garage of his house, she takes care of the little and it’s nice. Following a fight in a nightclub, his fate crosses that of Stephanie. He brings her back to her and leaves her phone. He is poor and she is beautiful and confident. She is a princess. All the objects. Stephanie is a trainer of killer whales at Marineland. It will take the show turns into a nightmare for a phone call in the night’s meet again When Ali is found, the princess is packed in a wheelchair: she lost her legs and a lot of illusions. He will simply help, without compassion, without mercy. She will revive.

Rust & Bone is expected to premiere at Cannes and will hit US theaters later this year from Sony Pictures Classics.