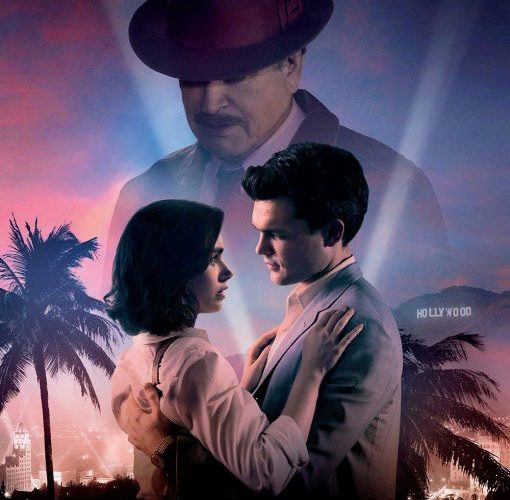 Eighteen years after Bulworth and fifteen after Town & Country (his last time directing and acting for a feature film respectively), Warren Beatty returns to the big screen with a fictionalized biography of Howard Hughes forty years in the making. It’s a passion project and vanity project: two endeavors worthy of an auspicious return to the spotlight even if the latter isn’t always the best decision for retaining a renowned legacy. Rules Don’t Apply won’t taint peoples’ image of him, but it’s not going to mark any sort of resurgence in popularity either. If anything it simply reminds us of his onscreen charisma and endearing humor, his handle of Hughes’ descent into eccentricity and insanity proving memorably entertaining. While he’s not the lead, he is the glue.

It’s an interesting move to put the main draw in the background, but that’s exactly what Beatty does in a story focusing on two young dreamers orbiting the aging genius’ star. We want to know about Hughes and see his disintegration a la Martin Scorsese’s The Aviator, but instead we receive the forbidden and perhaps rejected love of Frank Forbes (Alden Ehrenreich) and Marla Mabrey (Lily Collins). He has been in Hollywood for a couple weeks, a driver working for Hughes in hopes to meet him and pitch a real estate venture close to his heart. She is an aspiring starlet foregoing college and a talent at songwriting to try her hand at acting. They are both contracted to the billionaire and as such aren’t allowed to fraternize. So they form a friendship—a pure-hearted one. They lift the other up when down and disenfranchised; they laugh and joke about their employer’s mysterious ways, a man they admire greatly. He’s a Methodist and she a Baptist, two pious souls on the cusp of surviving the hedonistic lifestyle of the rich and famous by refusing to succumb to its myriad vices. And if that sounds somewhat boring, well it kind of is. There’s definite chemistry between them if for no other reason than their being surrounded by floozies and adults much older (Hughes’ consummate gentleman, a fellow driver in the lecherous Levar Mathis as played by Matthew Broderick, and the former’s secretary Nadine as played by Candice Bergen). Two goody-two shoes ready to conquer with smiles.

The color therefore comes from Beatty’s relaxed performance as Hughes, hiding in shadows with visible embarrassment or confidently showing strength in response to a growing sense of paranoia. We more or less force ourselves to invest in Frank and Mabrey’s parallel threads so we can continue checking in on their king. It works because I genuinely found myself wondering when the two lovebirds would fall into each other’s arms despite their religions making it impossible as a result of her virginity and his engagement (to Taissa Farmiga‘s Sarah, the daughter of parents played for about two seconds by real life couple Ed Harris and Amy Madigan). But the truth continues to prove unconventional as career, guilt, pride, and scorn takeover to pull them apart. This is where Beatty loses me. Suddenly the unpredictability of Hughes becomes our focus and the kids under his wings are pushed to the fringes. Marla is all but forgotten, popping in every so often so we don’t forget her, and Frank’s enthusiasm and drive buckle under the pressures of retaining a lucrative if constantly unforgiving position by Hughes’ side. An hour unfolds wherein a secret we know but Frank doesn’t looms large above the proceedings but remains at arm’s length. Instead we follow a whirlwind descent into madness as Hughes takes Frank and Levar to Vegas, Nicaragua, London, and beyond in search of privacy and banana nut ice cream. There are some wonderful comedic bits, but each feels hollow—filler before everyone’s inevitable reunion five years later.

An air of melodrama seeps in courtesy of soap opera-y plot diversions and an intrusive score. Cameo upon cameo arrives with relevant characters (Annette Bening, Martin Sheen, Oliver Platt, and Alec Baldwin) and irrelevant background furniture (Haley Bennett, Steve Coogan, Patrick Fischler, and Paul Sorvino). I want to believe there’s an underlying message about legacy and immortality with talk about Hughes’ father, Frank’s lack thereof, and the prevalence of children popping up randomly, but it’s never touched upon as more than a fleeting, nagging thought. This is hardly a love conquers all piece either considering Frank and Marla’s pain during the second half trumps any romance in the first. It all proves a slight picture showcasing how we all possess the ability to be great despite our flaws.

To ask us to care about Frank and Marla as a unit by the end is too much. For too long there isn’t anything to make us believe reconciliation is on the horizon. The way the climax evolves is so over-the-top swooning that it’s obviously homage to romances like Casablanca and this does earn some smiles. So while Rules Don’t Apply is a vanity piece showing Beatty still has it (his performance is the best part of the whole, but talk of Oscar nomination seems hyperbolic), it’s also a love letter to a bygone era of contract stars and dreams of ubiquity. He’s hardly afraid to show the era’s chauvinism as commentary and comedic satire, but there’s a healthy portion of integrity to balance it out too.

Again, though, besides their story being a vehicle to watch Hughes, Frank and Marla are two-dimensional. They’re puppets permanently affixed to their boss’ carefully drawn out rules and regulations, Marla’s hopeful optimist ultimately watching her idealism shatter while Frank’s seemingly pragmatist deludes himself into thinking the potential for success isn’t just bait dangling on a string. I liked this reversal of trajectories and both Collins and Ehrenreich’s performances: they are Golden Age Hollywood to perfection. Sadly that ideal is also a bland one to experience. So we bask in Beatty’s effectively enjoyable punch line of a role, pitying his Hughes as much as cringing at his actions. Unfortunately he’s merely distraction in hopes we forgive the film’s lack of depth. This ruse works enough to please, not astound.