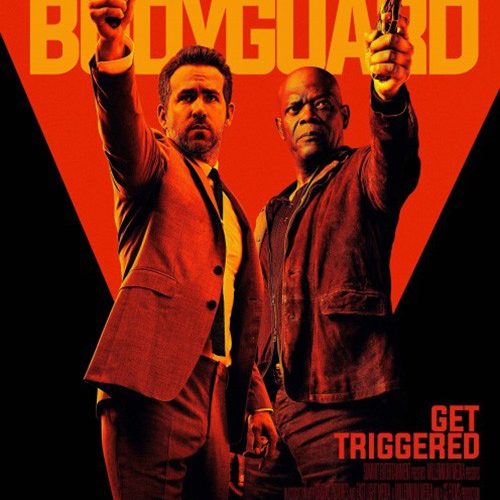 Review: ‘The Hitman’s Bodyguard’ Stumbles in its Search for Laughs

Though it’s clear The Hitman’s Bodyguard, starring Samuel L. Jackson and Ryan Reynolds, is built to be action-comedy comfort food, it’s a bit too comfortable for its own good. Directed by Patrick Hughes (responsible for the underseen gem Red Hill), there are more than a few bright spots here unfortunately undermined by a laborious third act finale and a lingering cynicism that leaves a bad taste by the time the credits roll.

A couple of years after top-rated bodyguard Michael Bryce (Reynolds) lost a high-profile client on his watch, he finds himself slumming it with sleazy corporate gigs while pining for both his once-promising career and romance with Interpol agent Amelia Roussel (Elodie Yung). After Roussel’s team is ambushed while transporting infamous hitman Darius Kincaid (Jackson) to testify against the evil leader of Belarus (Gary Oldman), she turns to her ex-flame to help get the job done.

We soon learn that Bryce and Kincaid hate each other, but are luckily very good at shooting guns and avoiding being killed by guns. When Bryce explains to Kincaid that he’s to keep the man out of harm’s way, the hitman responds, “I am harm’s way.” This is that movie. Jackson, God bless, must say the word ‘motherfucker’ one-hundred and fifty times. It gets old at about the same time the audience is made to believe that there is a moral reasoning for the murderous Kincaid. An ill-advised turn to be sure.

Salma Hayek shows up as Kincaid’s equally foul-mouthed wife, offering some of the brighter moments in the film. Sadly, she’s not around nearly enough. Oldman is pulling semi-villain duty, though it’s a bit dubious. His character is surely evil, but frankly in so little of the picture (until the very end) that it doesn’t register much. One would never accuse the master of putting in a bad performance, but if one was going to make a case this would be a good place to start. It doesn’t help that every bit of plot that involve’s Oldman’s baddie pushes the movie too long by about twenty minutes. The screenplay, from Tom O’Connor, is built on the back of banter, relying on the charm of Reynolds and Jackson. And while the pair have plenty to spare, it’s not enough to sustain the surroundings.

The action set-pieces are very choppy (it doesn’t help that this is coming in the same summer as the stairwell sequence in Atomic Blonde), the effects work rather shoddy and the darkly comic tone of shoot-em-up chaos through an open European city plays a bit nastier that it may have a decade ago. Cars blow through public squares and bullets fly across canals while people scream, all set to a few winking music tracks. The tone is playful, but it’s hard to see past the collateral damage. Blame it on the times. Make no mistake, all of this could be forgiven if The Hitman’s Bodyguard had enough laughs. It does not.