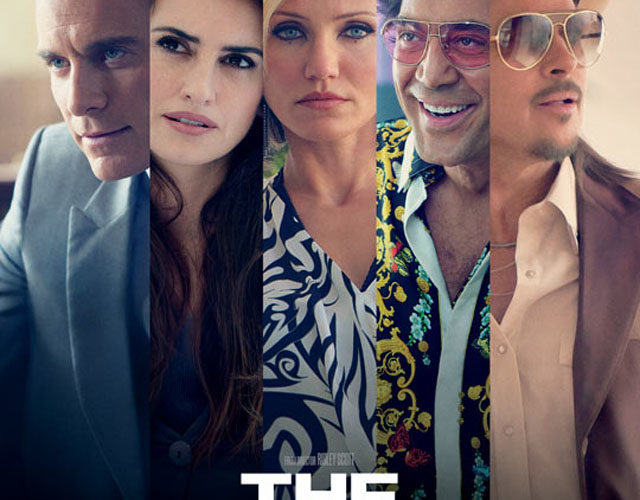 If tasked with finding any consistent, recurring motif in the ever-expanding Ridley Scott canon, one — even an admirer — might be inclined to admit that it generally comes down to this little: the man doesn’t have significant concern for the content of a screenplay. Should we truly fail to chalk the career up to anything else, these constant, sometimes-baffling jumps from one shade of motion picture to the next — a historical epic or two; a true-to-life gangster epic; a thriller concerning counter-terrorism; some drama about inheriting a winery (?); a Robin Hood prequel (??); an Alien prequel (???) — would evince a filmmaker only looking to, indeed, make films. (It might feel “classical,” in an Old Hollywood sense, if the results weren’t so hit-and-miss.) “Exert talent with the camera and let everyone else sort themselves out” may be as appropriate a summation of Sir Ridley as we could strive for. His newest title, The Counselor, is a more special matter than an annual offering might initially suggest, if only for having been scripted by none other than living American legend Cormac McCarthy. It doesn’t hurt (or help) that expectations saddled with the name have been at their peak in recent years — these things happen when your most recent novel nabbed a Pulitzer Prize, while the preceding text was adapted into a tremendous, now-iconic awards magnet — nor can we be so sure that Scott would transform written-for-the-screen text with necessary aplomb, as much as we might hold out hope.

Authorial allegiance as the picture’s modus operandi might explain why The Counselor is Scott’s most indifferently-photographed outing in a spell, its visual palette unfortunately crowded by so many flat, dully-lit medium shots that can hardly be said to make any significant distinction between one space and the next. (This is to say nothing of baffling and seemingly unmotivated mid-conversation zooms that slice visual rhythm in half, or bizarre interstitial material — so many shots of cheetahs!) It’s not merely that his bungled presentation should enervate any intended impact of The Counselor’s narrative, but that such loose tenor  — something of an antithesis to Joel and Ethan Coen’s drum-tight adaptation of the author — would undercut what preciseness may have otherwise rested in McCarthy’s screenplay, in its turn from page to screen transforming the nicely laconic into too-often-regular exchanges.

Taken in its most basic form, this may seem more the risk of handing such a specific voice to anyone other than the author and their intended reader. How else to account for a talented cast rendering this set of words into relatively standard-sounding material? The written incarnation of McCarthy’s dialogue has, at its finest, detached, alien qualities, something akin to conversations carried out inside a vacuum; as Scott handles it, however, this mostly rings as little more than dialogue — some well-structured, lyrical dialogue, yes, but nothing that can come close to approximating the elegance of on-the-page prose. This apparent disconnect could be the best reasoning (perhaps excuse) for The Counselor’s utter, unapolagetic strangeness. Pardon yours truly, at any point, they’ve at all indicated Ridley Scott’s new film might be some standard or overly familiar thriller; in truth, it yields the capacity to be appreciably insane: while oscillations in tone abound — the opening sequence, alone, stretches toward three different directions in as many minutes — with seemingly little concern for how one will absorb it all in that moment, there is, initially, an undeniable consistency in narrative propulsion being treated with hugely incidental qualities. (What really, truly sets the central plot in motion doesn’t actually occur until near the runtime’s halfway point — well after numerous pieces have been snapped into place — and its significance isn’t fully clear until several more sequences have transpired.) After a while, though, McCarthy’s go-for-broke storytelling begins to buckle under itself, The Counselor only hitting further paradoxes in its approach when taken from a more plot-oriented angle: as opposed to finding the sweet spot of its so-clearly-intended scope and ambition, somewhat-perfunctory third-act expansion mars dual intentions, robbing a tragic arc of any such tragedy while, too, failing to serve its pre-established narrative peculiarities.

Its lineup of players are nevertheless a fine bunch, despite the central performance at hand being among the most anonymous and minor of Michael Fassbender’s career — an emotionally climactic moment is so off-key as to entirely confuse where proper blame should rest; I’m inclined to point toward Scott, his swelling music and odd framing included — but even when handed smaller fare, the man seems almost chemically incapable of being outright bad. If the titular counselor is too flat a protagonist to put much of any investment in, his presence is greatly elevated by a partner in crime, Reiner, with Javier Bardem bringing what is essentially a cartoon to high-haired life as the wisely-positioned narrative ally and tonal counterpoint. It’s the proper placing of both he and Cameron Diaz, the character’s romantic companion, that serves as the film’s secret stroke of genius; conversely, that Penélope Cruz and cowboy Brad Pitt are nothing more than respectably serviceable should only be taken as a reflection of their scripted roles, not the turns itself.

Which might be Ridley Scott’s new film, in total: the occasional broaching of insanity is enjoyable for its evident immediacy, but, as we look closer, a correlating, more ordinary element is waiting right around the corner, and even if it doesn’t serve to lessen they do tend to cloud — one sequence, revolving around a car windshield, could simply never be diluted; no less a companion, the film’s final conversation could conceivably have been written with painkillers acting as a heavy influence. For all its perceptible pleasures — and, in an endgame twist, strangely humorous thematic undercurrent — one’s left to ask how well-served any of its talents were in the first place.

The Counselor will open on Friday, October 25th.