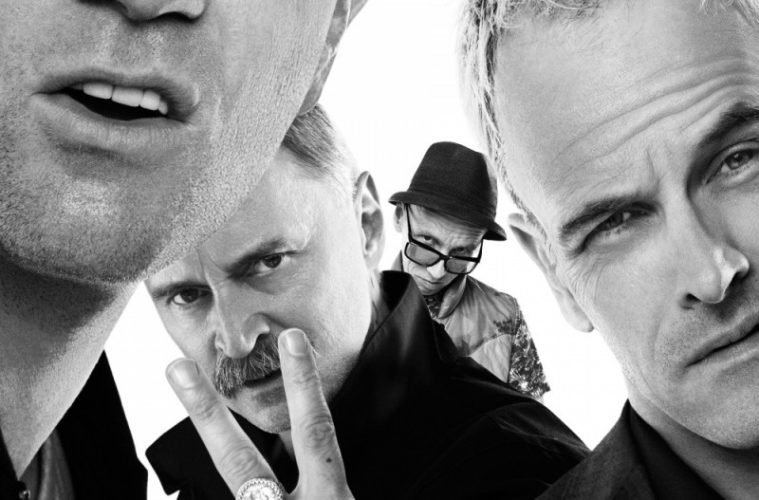 Something happened at my midnight public screening in London of Danny Boyle’s sequel to his 1996 smash. A heckler at the back, perhaps influenced by alcohol or the fact that he had been ground down by the film’s incessant flashbacks and reminiscence, aimed at the screen and shouted “nostalgic shite.” And that half-sums up T2: Trainspotting, a movie whose advent looks only to have been beckoned by fans’ longing to see the original film’s gang back together. Still, I mean half when I say it, and Boyle’s verve as a director means there’s still plenty of vibrant imagery, alongside a script that, although lacking any of the electricity of the original’s state-of-the-nation wisecracks (“Scotland is a nation colonized by wankers”), is funny and disarmingly melancholic. The first film’s breakout stars Ewan McGregor, Johnny Lee Miller, Ewen Bremner, and Robert Carlyle all return, and with age comes a clearer self-understanding of their place in society. Twenty years ago, these characters emerged from Britain’s underclass as upbeat, energized, and enterprising. Now they’re back in Edinburgh, newly gentrified and, if anything, stultified by new money – there’s even less place in society for these downtrodden characters that looked like they may be emancipated twenty years ago.

There’s little of the frenetic pace of the original here – exemplified by the first film’s opening scene, when McGregor’s Renton runs down the city’s Princes Street. Instead, John Hodges’s script, adapted loosely from Irvine Welsh’s Trainspotting follow-up Porno, is more a series of set-pieces, as Renton slowly rekindles his connections with the old guard. Some scenes are very funny, including an outrageous sequence when Renton and Sick Boy (Miller) try to pickpocket customers of a Protestant pub and start a sectarian chant about deaths of Catholics, a strife that, though so long a center of Scottish identity, is now borderline irrelevant. But the script feels underdeveloped, with both plot and characters botched together: Carlyle’s Begbie was a rebellious cowboy in the first film; here he’s a cipher for unrestricted rage.

As dark as some of the original Trainspotting scenes were – nothing here compares with McGregor crawling out of a toilet bowl in a heroin-addled nightmare – the 1996 film felt confident. T2 (the name is never explained) does the reverse, and by looking backwards, it feels bracingly melancholic. Perhaps it’s a reverse of Mark Twain’s old adage about comedy plus time equaling tragedy. I’ve never seen a film with so many flashbacks, although any nostalgia felt by these characters is overwhelmed in the audience by a nostalgia for that first film.

The original Trainspotting came at the end of nearly twenty years of Conservative rule in the UK, a time when the Scottish independence movement was emerging (it was given its own parliament three years later), and established long-held structures in British culture were crumbling just before Tony Blair’s New Labour ushered into power. Now, through Brexit and renewed Tory rule, the UK has returned to an age of divisive politics, but if there’s any political undercurrent here it’s just echoes of the first film. But what the echoes demonstrate is that the film is about unused potential. These deadbeats have sunk back into their old routines now that the promise of the first film’s events have not come to life. The melancholy here is truthful and painful, but T2: Trainspotting rarely shows insight into what that failure brings about. Perhaps, in the picture’s own failure, that’s the point.

T2: Trainspotting screened at Berlin Film Festival and will be released on March 17.