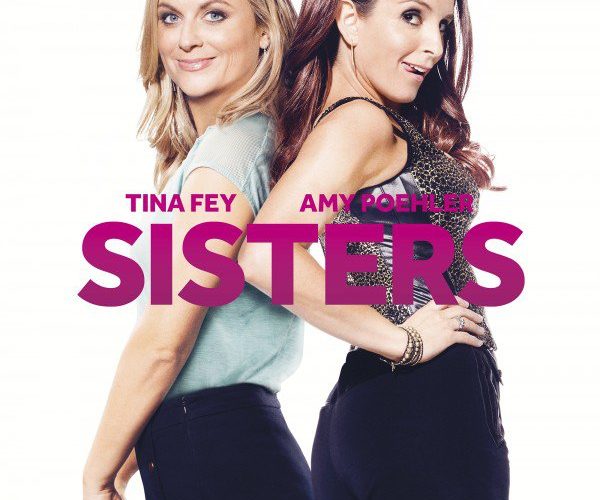 If you’re a studio planning a bit of counterprogramming for the juggernaut that is Star Wars: The Force Awakens, a raunchy party comedy with Tina Fey and Amy Poehler seems like a pretty clever play. At a starry-eyed first glance, Jason Moore‘s Sisters does indeed appear to contain the right kind of crazy for audiences hankering to see Fey and Poehler together again on the big screen following Baby Mama. Outside of a few amusing cameos and the genuine, earnest energy of the two leads, Sisters unfortunately falls short of its pedigree and talent.

Unsurprisingly, all of the best bits of Sisters come courtesy of the headlining comediennes at its center, who sally forth defiantly against a script by Paula Pell that gender-bends 80’s raging-party antics without doing anything new with them. Fey and Poehler star as the titular sisters Kate and Maura Ellis, a duo that essentially swaps the functions of their characters in the aforementioned Baby Mama. This time around Fey gets to be the train-wreck free-spirit and Poehler the buttoned-down responsible one, although at some point specific character traits melt away in favor of the performers just being themselves.

The plot itself begins on sleepy-eyed autopilot, sending Kate and Maura to the lavish mansion home of their parents–a curiously rowdy James Brolin and Dianne Weist–where they must contend with the news that their childhood home is being sold. For the essentially homeless Kate, who also has a teenage daughter in tow, this is particularly bad news and both sisters tap into some dormant juvenile rebelliousness, throwing a massive, destructive party that stretches across one long, wild night and takes no prisoners. There’s something to be said for the way that Fey and Poehler take advantage of bad-behavior antics usually reserved for feckless, hormonal frat-boys, but as funny as some of the bawdier moments in Sisters are, they often feel toothless and free of the energetic bite we’d hope for. Some of this creaky miasma is smoothed out by subplots that helpfully appear and disappear, leaving us with clever walk-ons by the likes of Maya Rudolph as a venomous high-school friend and John Cena as an imposing drug dealer.

When the movie should be mining the perplexing bond that these two share, it decides instead to focus almost entirely upon the typically surreal interludes that often make up the meat of this sub-genre. As the house itself is battered and rocked to its foundations — calling to mind the trifecta of rowdy 80’s Tom Hanks vehicles Money Pit, Bachelor Party and The ‘Burbs — the movie keeps distracting itself from its stars. At a running time that nearly drifts past two hours, there’s just too much stuffing in the turkey. It’s hard to care too much about any of these characters as they are, because so many of them seem irredeemably clueless and self-centered. What happens to them is far more enjoyable than how they seemingly respond to it, which becomes a challenge for that other part of the film’s identity that wants to be a quirky character piece.

If you’re a fan of Fey and Poehler, you’ll still likely have a smile on your face through a good bit of the hijinks. Both of them are clearly enjoying playing with their popular personas and shaking things up here or there with varying seismic shifts in their behavior. Fey is clearly reveling in her character’s irresponsible recklessness, underscored by a kind of cavalier sense of entitlement. Like Fey, Poehler plays off that image, and transitions between awkward, frustrated mania and addled attempts at level-headedness. Instead of playing characters, they are merely playing riffs on dichotomous behavior and putting a slightly spunky spin on arrested development.

Sisters is ultimately that kind of comedy that will manage to survive an initial viewings on the sheer goodwill of its cast, but there’s an unfortunate triteness and emptiness at its heart that doesn’t feel fitting given the talent involved. At its soggiest moments, you feel like you’re at that party that refuses to die, and all the really interesting people are on the other side of the room doing funny things you strain to overhear. Still, once you get these two front and center, you can’t deny they are the highpoint of the evening.

Sisters is now in theaters nationwide.