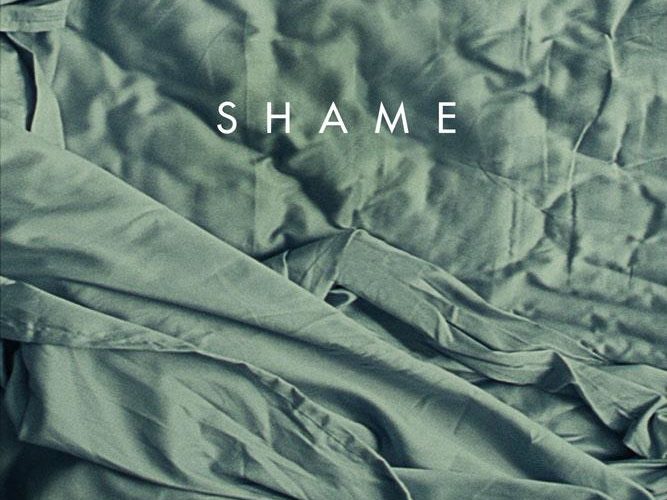 Michael Fassbender tears up the screen in Steve McQueen‘s Shame. The actor offered a quietly evocative and committed performance in McQueen‘s profound debut Hunger, but that was a film that worked with multiple narrative fibers. In Shame, though, Fassbender‘s Brandon, a thirty-something New Yorker whose life as a trite office worker is spiced up by his consuming sexual addiction, is front and center from start to finish, and he sets the film ablaze with an internalized ferocity that provides Shame with its primitive, threatening nucleus.

The screenplay, co-written by McQueen and Abi Morgan (The Iron Lady), bookends the film with subtle magnificence. In the flat-out sensational opening sequence, McQueen and Fassbender evoke the visceral clockwork of Brandon’s daily existence, which is dominated by an animalistic sexual hunger — sex on the Internet, sex with call girls, solo sex in the bathroom at work, even eye-centered sex with a pretty stranger (Lucy Walters) on the subway.

Yet, for all of this bodily extravagance, Brandon maintains a deformed control over his life. Even if he’s not explicitly trying to rid himself of his addiction in any way, he’s completely aware of it, and he understands himself enough to be able to project his desires through manageable methods. Put it this way: he wears the veneer of an average, good-looking thirty-something, and does it so well that nobody suspects a thing. Even when his boss (James Badge Dale, packing scene-stealing comic relief) uncovers a wealth of pornographic storage on Brandon’s work computer, he doesn’t for a second appear to consider the possibility that it was Brandon’s own doing.

This quiet command that Brandon has over himself, however, is challenged to soul-bearing lengths when his musician sister, Sissy (Carey Mulligan, as raw and revealing as the leading man), drops in on him for a prolonged stay. They’re siblings, sure, but Brandon is so engulfed in his clandestine tendencies — and so very reliant on the privacy his apartment rewards him with, a privacy that Sissy threatens — that he begins (or, perhaps, continues) to see her merely as an obstacle in his path. He’s a marathon runner, and she’s an unwelcome batch of hurdles — they’re a pair defined by turbulence and agitation.

There’s one moment in the film, set in a high-class Manhattan restaurant, that represents the bare connectivity between Brandon and Sissy. She stands at the center of the dining room, in front of a microphone, and appropriately dishes out an intimate, bluesy rendition of “New York, New York.” And in one of the restaurant’s closed-off booths, Brandon sits and lets a tear fall down his face. They don’t look at each other, and McQueen and his fantastic cinematographer Sean Bobbitt shoot the characters in two separate frames that suggest, softly and beautifully, the tender turmoil that is the foundation of their relationship.

These rewarding, revealing confrontations between Fassbender and Mulligan, furthermore, open the door for what makes Shame an addiction story with its own meditative twist. The film isn’t just about Brandon’s enclosed appetites. It’s about how Sissy’s presence throws Brandon’s meticulously watched-over lifestyle into a tailspin. And, also, it’s about how the trials taking place within Brandon’s skin can not only be significantly impacted by those surrounding him — Sissy, for instance, or Marianne (Nicole Beharie), a co-worker of Brandon’s — but can also impact those very people in its own right. Brandon’s addiction doesn’t sit on a deserted island somewhere — it mingles with every second of his being.

And, as if often the case with the character studies that leave the deepest scars, none of these conclusions are directly outspoken. They’re communicated in small bits throughout the entire film, growing into a snowball effect. By the end, you’ll be surprised by how much you know about Brandon — and even more surprised once you realize how little of that knowledge was fed to you directly. The off-kilter framing, Harry Escott‘s evocative musical compilations, Fassbender‘s brewing intensity — those are the keys, among others.

And I haven’t even said anything yet about how silently thorough McQueen‘s expression of New York City is. Here’s a city that unapologetically offers Brandon everything on a platter. If he’s looking for a momentary fix, he can find it with ease. It’s an ideal partnership of setting and subject matter. But by the end of Shame, Brandon is looking for something more, and it’s deeper than just achieving intimacy. It’s more about discovering the actual process of connecting with human beings. When you’re riding a subway — or a bus, or an airplane — what do you see in the people around you? It’s so strangely poignant how much that simple question can reveal about a personality.