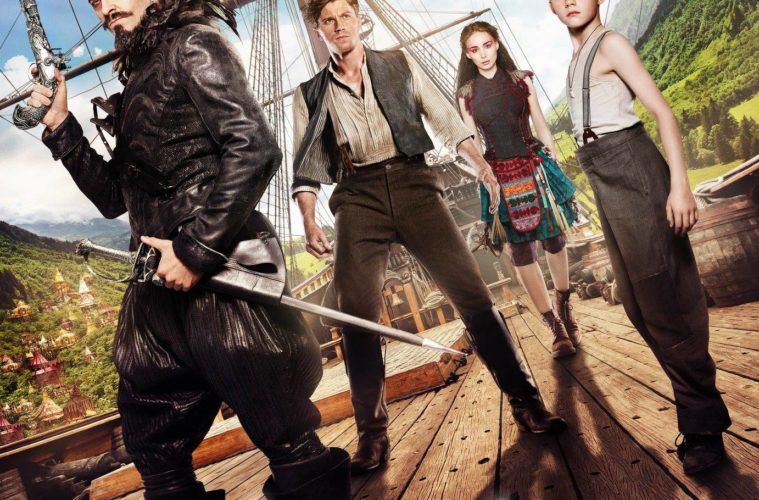 The undeniable and frankly fatal issue with any prequel is that the audience knows walking in where the story must end. You don’t see a movie called Dracula Untold and expect that at the end of the film the title character will not become a vampire. You don’t see the Star Wars prequels and hold out hope that Anakin Skywalker will resist the pull of the Dark Side. The only way to make a prequel work is to show us a proto-version of characters we think we know well, re-contextualize their relationships, and give them a fresh story that doesn’t depend on the stories we know to be inherently interesting.

Perhaps surprisingly, Pan does all of these things, and, a few tin-eared allusions and bits of wordplay aside, serves as a thrilling adventure yarn in its own right, divorced of its source material. The film begins before Peter Pan is the Peter Pan. Instead, Peter (Levi Miller) is an orphan who was abandoned in the dead of night to be raised by a sect of authoritarian nuns. This first section is a fair bit of Dickensian pantomime that takes its time establishing Peter as a born leader/rabble-rouser, but the film kicks off in earnest once the Blitz begins and Peter and his fellow orphans are stolen by pirates who fly over London while avoiding RAF fighters. This is the just the first of a number of set pieces that take familiar bits of Neverland lore and repurposes them into novel new sequences. The narrative skips breathlessly and effortlessly between mines run by the villainous Blackbeard (Hugh Jackman), a daring escape alongside James Hook (Garrett Hedlund), and various adventures with Tiger Lily (Rooney Mara).

The plot involves the usual prequel-required beats of trying to explain otherwise mystical elements of the original story (pixie dust now has a vaguely scientific sounding name: pixum) and shoehorns in a needless sideline about prophecies and destinies, but none of that is leaned on too heavily and thankfully the movie even addresses the pointlessness of such a plot point. It has been a bane of the prequel and of reboots in general that these stories feel the need to create a prophecy to make up for lack of character motivation, but in the case of Pan the prophecy aspect actually is forced into the background by the ever-present character motivation.

But the best part is how Pan doesn’t allow the industry-prevalent trend toward darkness to infect the marrow of its story. Levi Miller does some heavy lifting in the moments when he needs to be emotional, but he also excels as a precocious and entertaining lead. The whole movie takes the tone of a child’s imagination come to life, and having a lead as willful and vibrant as Levi helps. Also helping is the arch, Hollywood Golden Age-style performance of Garrett Hedlund as the future Captain Hook. Tapping into a gonzo interpretation of adventure serial acting style, Hedlund makes a rakish co-lead that gives the movie slightly more edge and a fair bit of heart.

Director Joe Wright keeps the proceedings brisk and the action clear, deploying 3D to add depth and the occasional audience-jarring pop-out. His airy sensibility regarding the material melds with the arts-and-crafts production design to create an earnestly fun, brightly colored joyride.

But best of all, the film sets out a story arc, sticks with it, completes it, and then ends. Of course the stage is set for more adventures, but the film doesn’t contort, break, or otherwise assassinate the characters it has created in order to bring us breathlessly to a forgone conclusion. The relationships grow and progress with a natural flow and come to understated yet engaging end points. Pan leaves you smiling and at the same time very interested in seeing where this motley crew of pirates, orphans, and natives end up next.

Pan is now in wide release.