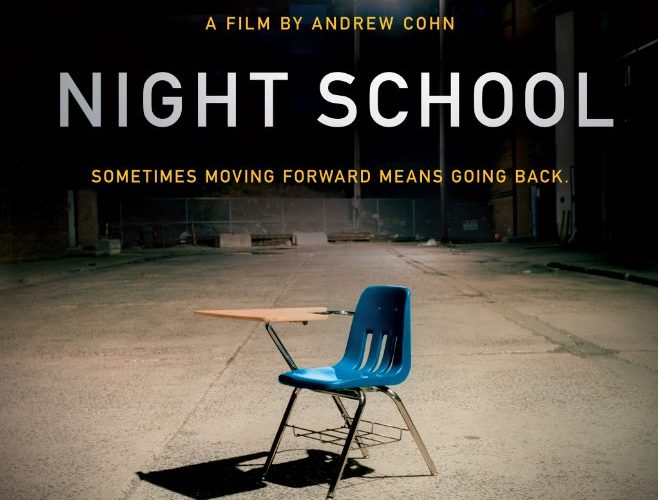 Review: ‘Night School’ Gives a Voice to the Underrepresented

Focusing on a year in the life of three adult students — Melissa, Greg and Shynika — enrolled in Indianapolis’ Excel Center, a publicly-funded high school for those seeking a second chance, Andrew Cohn’s Night School has only grown more vital since its premiere at last year’s Tribeca Film Festival. Like For Ahkeem and this year’s Step, Night School offers a frank examination of inner-city poverty and the extra burden faced by those without the kinds of advantages that many take for granted. Its subjects make every attempt to buck the trend of poverty for themselves and their children, despite systemic constraints.

Cohn’s vérité-style documentary observes the lives of its three characters in and out of the classroom as they navigate self-doubt and oppressive systematic poverty, from employers who aren’t quick to grant second chances to those that can’t seem to understand why someone wouldn’t want to make a career of serving fast food for $7.00 an hour. The subjects include Melissa, a grandmother who promised her own mother she’d return to school and finish after dropping out at age 15 when she became pregnant. She has the toughest time of the trio, struggling with complex algebra, self-doubt, and a new relationship.

Greg is a 31-year-old single father taking care of a daughter with epilepsy who makes very clear he’s not interested in a job; he’s hoping to build a career, but his past criminal history and an outstanding warrant (for driving without a license) hold him back from meaningful employment. Shynika is a young homeless woman struggling to make ends meet while working at Arby’s under a boss who seems to rearrange her schedule, reduce her hours, and doesn’t care about her professional goal to become a nurse. It’s no wonder she becomes an active member in Indianapolis’ Fight For Fifteen campaign.

Night School is an alarming picture about the systems of oppression quick to smack the hand of one trying to get a leg-up. We watch as administrators at Excel struggle to manage students with full-time lives as they attempt to learn complex materials that must be known for Indiana’s standardized test. With a legal advocate, Greg struggles to navigate the process of expunging his record, only to discover an outstanding warrant he wasn’t aware of. Thankfully the system shows a little compassion even if his guilty plea resets the clock. He’s told to start thinking about the life he’d like to have at 35, 40, or 45 in a painful exchange.

Documentaries like Night School inspire compassion and hopefully can encourage the kind of dialogue we need around the complex issues of health, education, and professional development. It’s easy to dismiss Melissa, Greg and Shynika as three folks that should have not squandered their first chance at success, but ultimately they are the victims of a rigged system.

Cohn, whose previous credits including co-directing Medora, a documentary about the fading American midwest, once again turns his lens on another underrepresented population. Night School is a triumphant and affecting film that explores the issue of inequality beyond the usual political, paternal talking points. The forgotten men and women deserve a shot and a second chance, even if Night School doesn’t offer solutions nor a history of poverty in Indianapolis. Graduating high school is one victory in a long war for Melissa, Greg and Shynika. What Night School does offer is the opportunity to empathize with the kinds of men and women that are not typically represented on screen or by the powers that be.