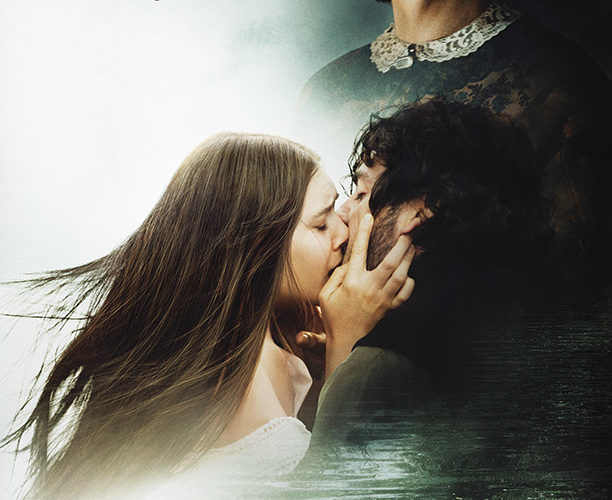 Strong performances help In Secret overcome what might have been a “prestige” retelling of Tyler Perry’s Confessions of a Marriage Counselor. Far from subtle, the film evolves from misfortunate character drama into an edge-of-your-seat thriller that ultimately works, despite some reservations. If anything, the period drama confirms the star power of Elizabeth Olsen and Oscar Isaac, who are both are excellent as an unlikely pair of lovers, each with ambiguous intensions.

Set in the 1860’s and opening in the country, Therese Raquin (Olsen) is abandoned by her father who is in route to Africa for an expedition. Left to live with her aunt, the Madame Raquin (Jessica Lange), she keeps to herself and avoids being an excessive burden to the Madame. Upon news of her father’s passing, Therese is married off to her cousin Camille (Tom Fenton), and the three move to Paris where he’s taken a position as a clerk. Trapped in a loveless marriage, Therese falls under the spell of dark and mysterious artist turned office clerk, Laurent (Isaac), and they begin engaging in – shall we say – afternoon delights, without the knowledge of Camille or the Madame. Confined to the counter of her aunt’s shop and her loveless marriage, Olsen plays Therese with an interesting moral ambiguity — sympathetic, she’s a victim of her own circumstances and emotions. Adapted by director Charlie Stratton from the novel by Emile Zola and a play by Neal Bell, it’s feelings towards Therese are also slightly ambiguous; evolving as the story continues, it concludes without settling on a perspective, colliding towards a conclusion that in retrospect offers no easy answers.

In the heat of their passion, Therese becomes complicit, if not slightly reluctant, to murder Camille in a boating accident so that she and Laurent can be together. The plot unfolds exactly as expected, and the film evolves from a rather typical romantic drama into a thriller with cords of Edgar Allen Poe’s The Tell-Tale Heart. While obvious, it remains engaging popular entertainment from the first frame, lacking the restraint of Ralph Fiennes’ rather dull The Invisible Women.

Stratton’s film succeeds inspire of its flaws, including moments which are unconvincingly on the nose. For a costume drama, its remarkably unhinged and contemporary, while offering up an arc that, on paper, is rather challenging to perform. Its leads succeed, assisted by lively performances by Shirley Henderson, Matt Lucas, Mackenzie Crook, and John Kavanagh as a group of investigators who are weekly guests of the Raquins for a game of dominos. While the elements aren’t often as neatly assembled as they should be, I give In Secret credit, for it’s surprisingly fun, as imperfect as it is.

In Secret is currently in limited release.