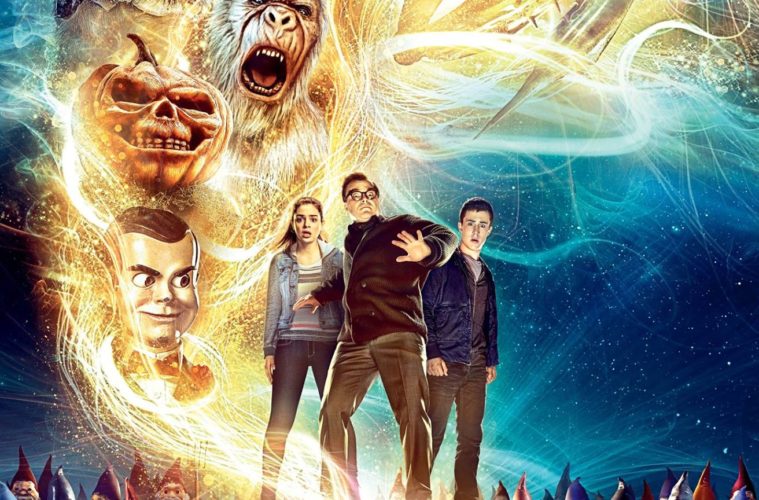 My status as a childless adult relinquishes me from the duty of sitting through every G and PG-rated distraction that comes down the pike. However, during some recent channel surfing, I happened upon the 2007 live-action version of Alvin and the Chipmunks. Out of boredom and curiosity, I watched a scene where Dave Seville (played by a very defeated-looking Jason Lee) discovers his chipmunk adoptees have destroyed his home. As he flies into a rage, he spies what looks like a tiny bowel movement on the couch between Simon and Theodore. Simon insists the offending object is but a raisin, and when Dave asks him to prove it, the brainy rodent pops it in his mouth. Satisfied, Dave exits the scene, allowing Simon to spit out the “raisin,” telling Theodore, “ You owe me one.” You read that correctly – in Alvin and the Chipmunks, a character actually eats feces.

Are kids movies always this nauseating and insulting? If this is all studios have to offer families, I can see why Pixar, with its inoffensive, thoughtful animated features, consistently murders its box office competition. The film opens on Zach (Dylan Minnette), a big city teen who relocates to Greendale, Maryland when his widowed mother, Gale (Amy Ryan), takes a job as the vice principal of the local high school. He soon becomes acquainted with his neighbor, Hannah (Odeya Rush), a sweet young girl with an affinity for the abandoned theme park on the edge of town. But there’s something weird about her domineering father (Jack Black), something that could spell trouble for Zach and Greendale as a whole.

This leads into a clever meta conceit when Zach discovers Hannah’s father is Goosebumps author R. L. Stine. He also finds out Stine’s imagined monsters are real after accidently setting them free from a secret library of original manuscripts. The film never goes into detail over how they materialize (something about a magic typewriter), nor should it. Instead, it focuses on keeping the dialogue snappy, the action plentiful, and the CGI convincing as it quickly moves through scenario after scenario involving confrontations with a demonic ventriloquist dummy, bloodthirsty garden gnomes, and various other invented nasties.

As expected, Black hams it up as Stine, portraying the mild-mannered writer – who appears in a brief cameo – as an irascible misanthrope who describes successful stories as having a beginning, a middle, and a twist (appropriately, there’s a twist concerning Hannah that grown-ups will see coming from miles away). The manic funnyman brings his usual boundless energy to the performance, and while his hyperactive shtick has, as of late, proven tiresome, here his antics serve the absurd concept well. He’s aided by supporting cast members Ryan Lee, who displays some real talent as the nerdy best friend, and Jillian Bell, who steals the show as Zach’s flighty Aunt Lorraine. Bell caught my attention last year when she starred in 22 Jump Street, where she also upstaged Jonah Hill and Channing Tatum with her natural comedic chops. Hopefully, she’ll keep popping up.

The film does fall into some predictable, formulaic territory, with its production values hovering just above those of a garden variety Disney Channel movie. But it’s also one of the most pleasant, genuinely fun family flicks I’ve seen in a long time, as it concentrates on its target demographic without forgetting the adults in the crowd (a visual reference to The Shining should elicit knowing chuckles from older viewers). Its look and decidedly silly tone reminded me of such juvenile horror comedies as Hocus Pocus and Casper, except here, there’s no Devon Sawa-type reveal meant to set little girls’ hearts aflutter. It also provides an added bonus for young Goosebumps fans, who will surely enjoy some privileged delight when identifying their favorite literary beasties.  And honestly, what’s better, or more socially responsible, than rewarding kids for reading?