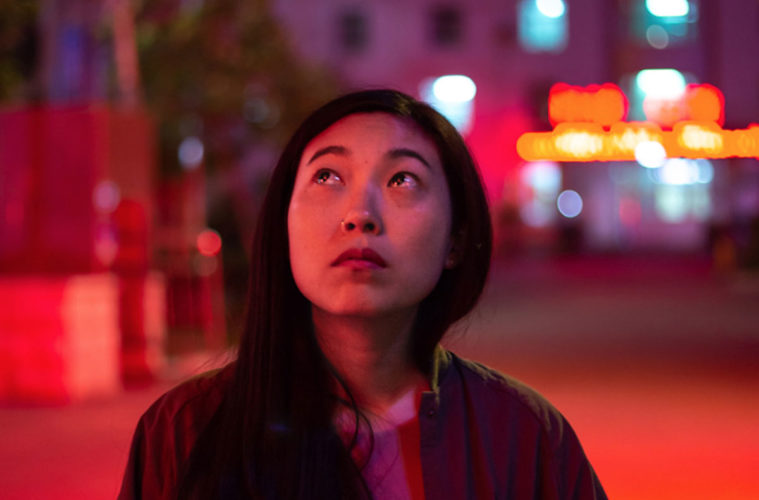 Sadaf Foroughi’s fulminating debut feature, Ava, may strike a few chords among Persepolis enthusiasts. A role-model schoolgirl turned rebel, its eponymous teenage girl is a rollicking blend between Marjane Satrapi and Vincent Paronnaud’s black-and-white punk teen and The 400 Blows‘ Antoine Doinel – a heroine fighting to reassert her freedom in the face of an ultra-conservative environment. Tehran-born, Montreal-based writer-director Foroughi draws from her childhood memories to conjure up a gripping coming-of-age story where the claustrophobic relationship between an overprotective mother and her teenage daughter acts as a synecdoche to expose a patriarchal society eager to chastise whatever falls outside its rigidly policed norms. – Leonardo G. (full review) It’s become increasingly rare to see American remakes of foreign properties garner much traction or success, if any. It is rarer still to find one that justifies its own existence so prominently while almost aping its predecessor to a T. In the action-friendly-titled Cold Pursuit, the frigid sights and sounds of Norwegian director Hans Petter Moland’s In Order of Disappearance have been largely transposed to the ski town of Kehoe, Colorado, down to the silly gangster names. Hell, even a similar, brief physical gag with a yoga ball makes the cut. Moland, however, delightfully manages to wring even more sinister hilarity out of the situation in his Americanized retelling. – Conor O. (full review) Neil Jordan’s Greta starts off being a story of two lonely people living in New York: the eponymous Greta (Isabelle Huppert) and Frances (Chloë Grace Moretz). It is a swift friendship that develops between the two after Frances finds an unclaimed handbag in a subway and goes to an address in Brooklyn to return it. Before we can ask if her mother ever taught her not to speak to strangers, we know that it’s been a year since Frances’ mom died. As Erica (Maika Monroe), Frances’ roommate and friend, puts it, Frances was probably just trying to fill up the void left behind by her mother through her friendship with Greta. Before long, the two are picking pets, taking walks in Central Park, and cooking dinner together. “I’m like chewing gum,” Frances says while promising Greta of her companionship. “I tend to stick around.” It is a kind of mommy issue that would offer Freud a lot to think about. – Bedatri Datta Choudhury (full review) The entrancing and fascinating Häxan: Witchcraft Through the Ages continues to endure almost a century after its creation, mischievously detailing the terrors caused by the so-called “witches” of history. Haunted expressionist imagery pops and boils across the screen, complete with grotesque violence and flashes of nudity, elements that caused Häxan to be banned in the United States for decades. The film is framed as a silent documentary exploring the truth behind the plague of witchcraft accusations that have bubbled up over the course of recorded history. Sprung from the mind of Danish filmmaker Benjamin Christensen, this “documentary” includes shots in which the camera is simply pointed at the pages of an old book, showing the illustrations within its pages. Is Christensen serious? Or is he making this report with tongue planted firmly in cheek? Along with streaming on The Criterion Channel, the unique slice of silent cinema is available from the Criterion Collection in two separate versions, one of which includes an interchangeably creepy and dryly humorous narration by the great William S. Burroughs, which is alone worth the price of admission. – Tony H. A newly groomed Timothée Chalamet stars as Henry V in David Michôd’s latest film The King, a post-modern, mud-and-guts reworking of William Shakespeare’s trilogy of plays on the reluctant ruler. As indebted to the mood and visual language of Game of Thrones as it is to the Bard’s texts, Michôd provides finely worked entertainment with a compelling and significant central performance from Chalamet–who frankly hasn’t had to carry a film in quite this way before. – Rory O. (full review) Star of the debate team, straight A student, soon to be high school valedictorian: from his handsome looks and stellar CV, Luce (Kelvin Harrison Jr.) is the shining example of the all-American teenager—minus, of course, his history as a child adopted from war-torn Eritrea. As a name, Luce means “light” in Latin, the idea being Luce, a now-beaming youth in the Arlington, Va., area, was removed from unimaginable darkness. But there’s another spin on the allegory here that’s just as meaningful: when people are placed into boxes—stereotypes, to be clear—only so much light can filter in and out of them. – Jake H. (full review) Jennifer Kent’s The Nightingale features some of the most atrocious on-screen violence in recent memory. It is a cauldron of blood, murders, and rapes so unflinching in vividness and brutality as to make it impossible to go through its 136 minutes without ever turning away from the screen, let alone to come out of it untouched. But it is also, in a way that’s indissolubly bound to role that violence plays in Kent’s work, and to the depiction she offers of it, one of the most memorable works in its genre – a parable that never turns violence into a spectacle, but is resolutely committed to expose the poisonous double prism of racism and sexism it feeds upon. – Leonardo G. (full review)