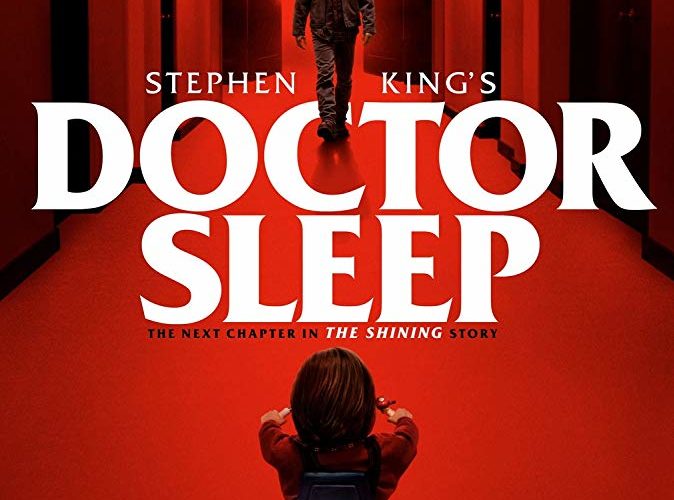 ‘Doctor Sleep’ Review: ‘The Shining’ Gets a Visually Gorgeous and Narratively Fulfilling Sequel

Finding the right way to approach Doctor Sleep requires a bizarre amount of extra-textual introspection. Here we have a film that is a sequel to The Shining (an all-time classic of the horror genre) while also being an adaptation of a book that was itself a sequel to the book upon which the original film was based. That being said, the original film made a number of departures from the source text, which were not reflected in the written sequel. So knowing what kind of context one needs to have in order to best enjoy Doctor Sleep can be difficult to parse. Stranger still, once the credits begin to roll, one still might not be able to tell how much knowledge of which version of The Shining would be most useful.

Given this state of ambivalence—if not downright confusion—over the very basic bedrock of the story at hand, it would be easy to expect that Doctor Sleep would be an impenetrable mess. Lucky for anyone looking for a great post-Halloween chiller, then, that writer/director Mike Flanagan has somehow crafted a visually gorgeous and narratively fulfilling film out of this seemingly tangled pile of raw material. In 1980, at the same time that a young Danny Torrance is recovering from his father’s murderous breakdown at the Overlook Hotel, Rose the Hat (a traveler-chic Rebecca Ferguson) is on the hunt. Her and her caravan of vagrant soul-vampires feed off the fear, suffer, and eventual death of other people with the Shining, breathing in the “steam” that leaves them and storing some for later use. These ageless beings stalk, hunt, and kill with impunity, only occasionally taking the time to turn others to their side to aid in their quest. Jump forward a few decades, and suddenly this pack of predators is made aware of the existence of the “steamiest” prey they’ve ever come across, a teenage girl named Abra Stone (Kyliegh Curran), whose only salvation may come in the form of a broken, wounded Danny Torrance (Ewan McGregor).

McGregor’s performance is the strongest pillar upon which the story rests. Once again accessing the wounded uncertainty that he mined to great effect in Beginners, McGregor invests Danny Torrance with an incredible amount of pathos. Haunted by ghosts both literal and figurative, Danny disappears into drink and vagrancy, only emerging from the bottom of the bottle when he happens upon the friendly auspices of Billy Freeman (Cliff Curtis). A recovering alcoholic with a “good sense of people,” Billy becomes a confidante to Danny, and Curtis pulls off the unenviable task of going from stranger to ride-or-die buddy in the space of a day with aplomb.

By grounding the whole story not in lore but in the character of Danny Torrance and his moral reawakening and stewardship over Abra, Flanagan has crafted an intimate exploration of power, fear, and the importance of community. As Abra and Danny bond over shared messages on a chalkboard, Danny begins to put his life back together, going into recovery for his alcoholism and even getting a job as an orderly at a hospice, where he uses his gifts to help give people peace in their final moments before dying. In this way—by bonding his relationship to Abra with his own self-care—the film turns the threats posed by Rose and her pack from purely physical to gravely existential. There is an epic sweep to this deceptively intimate story, as the entire plot centers on expanding the latent abilities of only two characters from the first film into a fully built-out world and mythology here. Ferguson invests Rose the Hat with a staggering amount of pathos on top of what is afforded by Flanagan’s script, selling the idea that those she hunts with have been with her for multiple human lifetimes. Through her initiation of a new hunter named Snakebite Andi (Emily Alyn Lind) we learn about this group of killers and their ethos, not to mention their communal bond. They help to fill out the world even as function as the primary antagonists.

In fact, the parallelism between Danny, Billy, and Abra’s nascent coalition and the bond between those hunting them gives the movie a surprising amount of depth. We see groups of villains in movies often, but rarely do we sense in them a truly vested familial interest. Their concern for one another’s well-being, so clearly mirroring that of our protagonists, leads to a strange sense of ambivalence toward them that is only shaken when we more clearly see the evil of their means of survival. But that makes their position, and the position of our heroes, anchored in moral choice, rather than pure aesthetics. It is a truly novel angle to see in any major Hollywood film nowadays. Through choices like this, Flanagan and company have made a movie that pitches itself on the back of a horror film but plays more like an arch drama. Much of the fear one feels in watching Doctor Sleep comes not from the threats to the characters from without, but those from within. Ghosts and killers abound, but it speaks to the power of Flanagan’s investment in the characters that the most nail-biting moment in the film comes from the threat of someone sliding back into old habits.

Taken as a sequel to The Shining, Doctor Sleep may confuse and disappoint those who were expecting more of the same. True, there are callbacks to and continuations of the events that took place in the Overlook, but the general tone and the type of story being told are completely removed from what we saw before; where once we had a claustrophobic haunted house, we now have a battle between supernaturally powered people in the world at large. To go from a story about three people isolated in a mountain retreat for a few weeks to centuries-old murderers hunting across decades and the entire United States is a bit jarring, and in the end it might be the hardest hurdle to clear for a viewer of Doctor Sleep. In that way, it may be difficult for some to see the glimmer of gold here given the shadow of its predecessor, especially if all that audience cares about is more Overlook lore. For those who can accept that departure, though, Doctor Sleep offers a shockingly nuanced and human story of social longing, spiritual rehabilitation, and existential redemption.