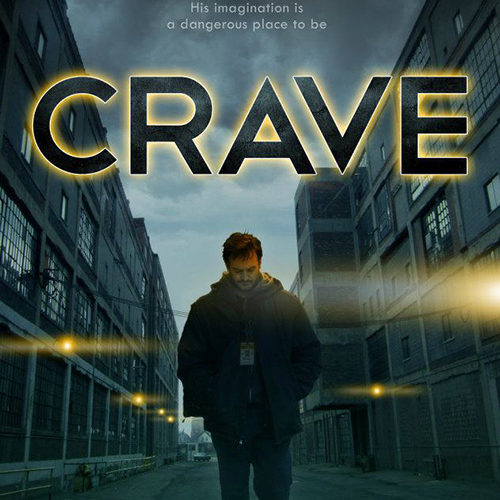 When you take a look at Charles de Lauzirika‘s filmography to see the myriad behind the scenes featurettes and home video productions he’s accomplished for the likes of Ridley Scott, David Lynch, and Mark Romanek, it’s no surprise that his directoral debut Crave would prove as dark as it does. Co-written by Robert Lawton, the story follows an increasingly deranged, freelance crime scene photographer as the rage-fueled fantasies in his head begin to crawl out into reality. Aiden (Josh Lawson) needs a taste for the macabre to do what he does, but lately his mind has been wandering to more gruesome places. He begins to wish his camera were a gun and his thoughts of heroic courage a streak of bravery—one to cleanse his soul of all the times fear kept his head down and mouth shut. Friend and police officer Pete (Ron Perlman) tells him a pithy anecdote halfway through about all mankind having an angel and demon inside—whichever is fed more becomes the kind of person we’ll be. It’s a pseudo-philosophical gem giving meaning to Perlman’s inclusion despite a thankless role with little to do that concisely distills the film’s central conceit. Daydreams of shooting hoodlums for disrespecting a female passenger on the bus or smashing a sledgehammer into the skull of a pretentious pedant talking out loud at an Alcoholics Anonymous meeting struggle against Aiden’s desire to open his heart to someone and fall in love. It’s a push and pull teetering onto the side of darkness until a chance run-in with his neighborhood Virginia (Emma Lung) leads to an out-of-character sexual encounter and eventually a blossoming relationship.

Despite looking happier and acquiring a bounce in his step even Pete notices, the thought of vigilantism won’t go away. He still yearns to clean up the streets in a way the law won’t allow and at the same time finds the voices that tell him so growing in power. Interior monologues start to burst forth in Tourette’s like outbursts where only the dumbfounded reactions of those listening serve as proof his thoughts were uttered aloud. It’s as though his true self is fighting its way out, scratching and clawing for freedom so that his actions start to mimic those of a crazy person with nothing to lose. Held in check by the idea of a future with Virginia, those urges can no longer be stopped once his inability to control them begins to push her away. The concept of this wrestling match between the real world and the mind is nothing new nor does Crave necessarily handle it in the most effective way. Personally, there’s a gem of an independent film entitled Contractor’s Routine that delves deeper into the psychological aspects of the trope and therefore connects in a more abstract way. de Lauzirika finds himself hitting us over the head with his dueling worlds’ distinct delineations, adding sarcastic wit and fourth wall breaking to ensure we know which is which. It’s an effective device the first couple times, but it grows tired after subverting the gimmick early to the point where we can no longer be surprised or confused about the overlap. It’s a shame he relies so heavily on the construct too because the stuff that works becomes overshadowed by its prevalence.

de Lauzirika and Lawton have some intriguing plot threads from Aiden’s awkward social reactions inferring upon his highly sexualized relationship with the much younger Virginia or his attempt at getting even with the pedophilic scum running free in the streets by blackmailing a former client as payback for how he was treated when under his employ. These situations epitomize the disparate halves of his psyche that he must reconcile—to repress for love or let loose for satisfaction. Unfortunately, while the journey towards vengeance is solved with partial success, the path to love evolves into pain and creates a self-contained good/bad decision of its own to render the other moot. The filmmakers could have therefore excised the molestation plot completely without losing anything, a truth mirrored by many smaller subplots jammed into its overlong 111-minutes. There is a lot of redundancy at play that’s unnecessary since we’re pretty much inside Aiden’s mind right at the start. I get he is slowly losing the fight with sanity and morality and that these examples help us understand, but at some point they become tedious rather than crucial. On top of his stalking the aforementioned former client (Christopher Stapleton) and his relationship with Virginia turning sour with her ex-boyfriend Ravi (Edward Furlong) re-entering the picture, there is yet another divergent path concerning Aiden’s decision to take an armed robber’s gun from a crime scene. Not only is it an excessive addition with multiple scenes pointing back to it all so that he can have a weapon to use later, the thinly veiled inferences that perhaps Pete is starting to question his friend’s motives goes nowhere.

Too many of these potentially interesting detours end up little more than annoying red herrings to get back onto the derailing train that is Aiden and Virginia’s affair. It’s so obvious that’s what we need to put our full attention towards and yet we can’t help but follow the filmmakers as they spin us around in circles. I think there may be a really good film in here if the excess is removed so the character study of these damaged souls can be more closely examined. Lawson and Lung are captivating enough together to warrant such a move and as it stands now become somewhat wasted due to everything else stealing time to go nowhere. de Lauzirika has the directing chops and effectively creates his consistently dark tone, but Crave is little more than a promise for the future.