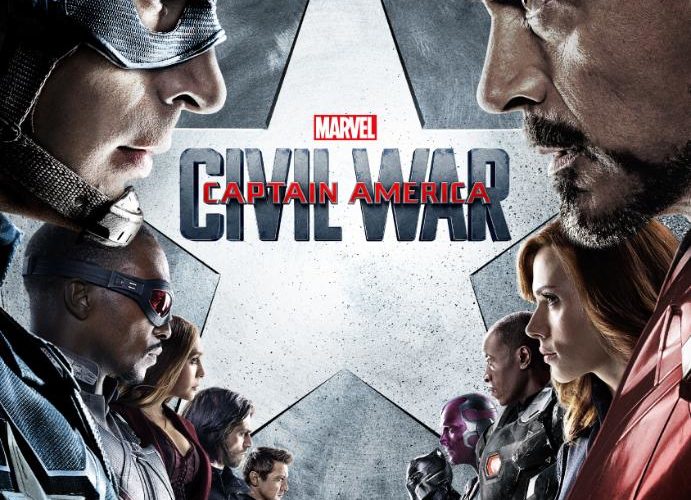 In seeking to create an expansive multi-film universe, Marvel has managed to both bless and curse each of its subsequent films. The blessing comes in the form of a character development that takes place over the course of films and phases instead of scenes and acts. Characters who we met eight years ago have grown and changed before our eyes, and the history we share with them allows for newer films to take narrative shortcuts when it comes to filling in their backstory. Lines of dialogue and certain actions can carry the weight of nearly a decade of audience knowledge and understanding. This near-serialization is a powerful narrative tool for directors and writers who know how to use it. The curse, however, stems from this same root issue: with so much history to the story, it can be hard for dilettantes or less-invested filmgoers to grasp the greater depth of what is going on in any given film. Television shows can prime an audience’s memory with “previously on” sections that air before an episode. A film, however, does not usually have such a luxury.

This makes each subsequent entry, steeped as it is in the foundation of those that came before, difficult to judge on its own. It is not hard to imagine that someone walking off the street and buying a ticket for Captain America: Civil War might feel overwhelmed by characters with strange and wonderful powers that are never truly explained, allusions to past actions devoid of context, and relationships that are intimated but never explored.

All the same, comic books are steeped in tales of people doing the impossible, and so it makes sense that a comic book movie would likewise be able to achieve what at first seemed an impossible goal. Thanks to strong performances, deft writing, and clear, snappy direction and editing, this newest volume of the Marvel Cinematic Universe manages to be at once a thoroughly-entertaining standalone story while also serving and benefiting from stories that came before. Directors Joe and Anthony Russo (who previously helmed Captain America: The Winter Soldier, still the series’ strongest film) have managed an impossible feat far surpassing those of their cinematic heroes.

Following a cold-open dripping with enigmatic post-Cold War portent, we are thrust into an action scene that showcases the Russo Brothers’ penchant for complex, kinetic set pieces comprising many locations, characters, and objectives. As with all of Civil War‘s set pieces, the action is filmed with a kind of trembling immediacy that never devolves into the rapidly edited anarchy of something like Paul Greengrass’s excellent-yet-inscrutable Bourne films. The geography and rhythm of each fight prove clear and traceable, allowing for a sense of engagement and understanding even as super-powered beings toss one another across plazas and runways. Its explosive conclusion also sets into motion the story to come.

Steve Rogers (Chris Evans), known professionally as Captain America, has been leading a new set of Avengers on dangerous missions across the globe, but when Wanda Maximoff (Elizabeth Olsen) makes a crowded office building the scene of some unfortunate collateral damage, the world begins calling for oversight. Tony Stark (Robert Downey Jr.), who set off the superhero trend when he became Iron Man, has been shaken enough by the events of his past three films to accept and even help to form a set of doctrines known as the Sokovia Accords (named after a city destroyed in the last Avengers film). The Accords would put the Avengers under the United Nations’ thumb, adding a layer of political bureaucracy to their missions that Captain America finds unacceptable. Stark, who allowed his ego to guide him against such oversight so long ago, can no longer bear the guilt that comes with being the world’s self-ordained protector. Rogers, being a solider before a superhero, feels more at ease taking on the moral burden of his actions — so long as he doesn’t feel that the ability to help when help is needed becomes impeded.

This ideological divide is sharply illustrated and articulately (though shallowly) discussed. This being a comic book movie, what could have become a rather compelling battle of thoughts and ideas very quickly becomes a battle of fists and bullets. It is a bit of a shame that debate and discourse must be subsumed by sound and fury, because both Downey Jr. and Evans bring a lot of earnestness and passion to their characters’ opposing viewpoints. That said: if action must come, then at least it comes in the form provided by the Russos. Each set piece is a well-crafted exercise in novelty and visceral impact, and each is lit and shot for maximum clarity. From a super-powered foot chase on a city street that sees the participants running just as fast as the cars that occupy the road to a melee at a German airport that mixes inventive, powers-based hijinks with down-and-dirty brawling, each scene herein is designed to outdo the one that came before. There is always something new on display, be it a brand-new ability, a dynamic setting, or a heightened sense of emotional stakes.

This attention to detail — and the sheer number of characters on display — helps to keep the ball rolling toward a surprisingly intimate and personal climax. The divide between Rogers and Stark becomes more intractable once it appears Steve’s old friend, Bucky (Sebastian Stan), who had been turned into a brainwasher super-weapon, is responsible for an act of terror that kills the king of the African nation of Wakanda. This death sets up T’Challa (Chadwick Boseman, a born star) to take the mantle of king and seek revenge under the guise of the Black Panther. His personal vendetta adds yet another layer of immediacy to the story while also lending another ideological standpoint to the mix. Stark seeks lethal justice, Steve seeks to redeem his fallen friend, and T’Challa wants blood retribution. It is these four characters — Rogers, Bucky, Stark, and T’Challa — that form Civil War‘s competing hearts and minds, and there is not a weak link among them.

With this much plot and this many characters to shuffle — I haven’t even mentioned Black Widow (Scarlett Johansson), Vision (Paul Bettany), Falcon (Anthony Mackie), Spider-Man (Tom Holland), Ant-Man (Paul Rudd), War Machine (Don Cheadle), or Sharon Carter (Emily VanCamp) — it comes as no small shock that the Russos and their screenwriters (Christopher Markus and Stephen McFeely) are able to keep the balls in the air. While the movie overstays its welcome by a beat or two, on the whole it is a brisk, engaged story from start to finish. There is enough immediate plot to keep the story moving and enough callbacks to make the time spent in the other films feel valuable without being wholly necessary. While no one could be advised to see it without having seen a single other Marvel film, these storytellers do a stellar job making sure that, should anyone be in that unenviable position, they will not be wholly lost.

By this point in their evolution, it would be understandable if Marvel’s films began feeling repetitive or lazy. It would also be understandable, if not unavoidable, that their mythology might be so convoluted that entry into them would prove intimidating to non-fans. With their previous installment, Avengers: Age of Ultron, it seemed as though that might very well have become the case. To see Captain America: Civil War is to be reminded that the things we might expect are not necessarily unavoidable. What one might assume to be a brainless, bloated light show of impenetrable nonsense can actually be a taut, sinewy piece of film-making with enough brains to keep you engaged and enough brawn to keep you in awe. Its hard to know where the Marvel films will go from here, but, for now, they seem to be operating in top form.