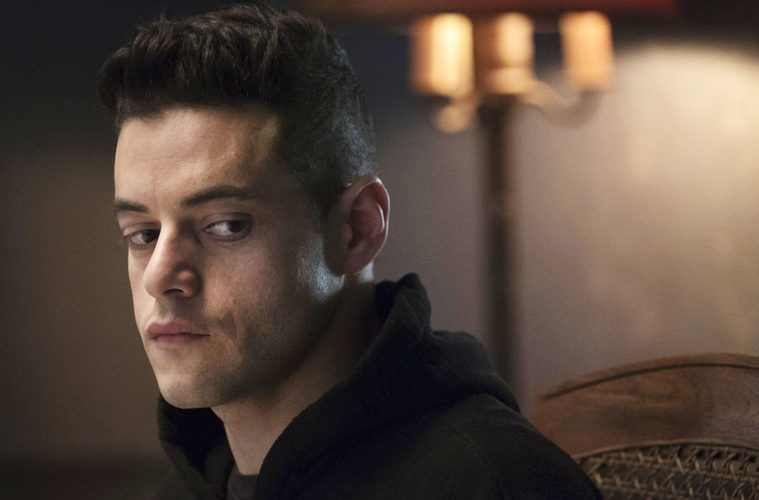 With Charlie Hunnam set to star in the remake of the Steve McQueen 1973 flick Papillon, Mr. Robot star Rami Malek is now in talks to play opposite the actor, Deadline reports. The drama will be directed by Michael Noer, off a script penned by Aaron Guzikowski (Prisoners). Malek would take the role originally played by Dustin Hoffman, while Hunnam is filling the shoes of Steve McQueen in the story about two criminals who must become friends as they both begin sentences in a horrible prison located on Devil’s Island — and their friendship buds into a plan to escape. Malek has been making waves with his performance on USA’s Mr. Robot, which occupies a lot of the actor’s work time. The remake of Papillon is set to commence principal photography this September.

After his brutal and quite excellent directorial debut Bone Tomahawk, author and screenwriter S. Craig Zahler is leaning into the viewfinder a second time for his second feature, Brawl in Cell Block 99. Now, The Wrap reports the thriller has added Don Johnson to its cast list, which already includes Vince Vaughn. Though still currently in talks, Johnson would play a prison warden where Vaughn’s Bradley finds himself after a series of very unfortunate events. However, things in prison are even less peachy than those outside the bars, as Bradley is forced to commit horrible acts to stay alive. The film will begun production in New York next month, and is being produced by Jack Heller and Dallas Sonnier, the duo that brought Bone Tomahawk to life with Zahler as well.

Following up his brilliant Force Majeure, director Ruben Östlund, will next shoot The Square, which follows an ambitious museum director (Claes Bang), who is preparing to make a major impact with a new exhibit. With Elisabeth Moss on board as a reporter who is on the beat of the exhibit, meant to provide people with “a symbolic space where only good things can happen.” Things escalate and get wildly out of hand when the PR firm in charge come up with some far-reaching publicity plans. Deadline now reports The Wire star Dominic West, recently heard as a voice in Finding Dory, has come on board in an unknown role.

Lastly, forthcoming star of Edgar Wright’s Baby Driver, Ansel Elgort, has found a new role, Deadline reports. He’s set to start in Jonathan, the directorial debut from Bill Oliver, which would find Elgort playing double roles. On one side, he’ll take the title part as “a successful architect who lives a normal life dictated by a strict routine.” On the other side, he’ll play our main character’s twin brother, John, who “sleeps all day and spends the night secretly socializing.” When a secret girlfriend gets caught in the mix, their relationship starts to break down. With the film set to begin shooting next month, we imagine a 2017 premiere is being planned.