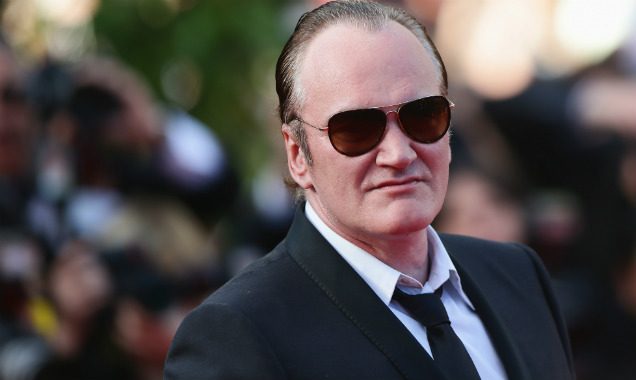 Quentin Tarantino‘s brand of fetishism — the non-foot kind, I mean — is, in some part, an exploration of the cinema on a genre-by-genre basis, and so his filmography has, to my mind, been missing a certain something without a documentary. While he’ll claim there are (maybe) only two features left in him, there’s a chance that one will take that path — or at least have a documentary-like reserve of research behind it.

The subject? 1970. No, not the cinema of the 1970s, a medium-specific topic that’s been covered as much as any, but 1970, a time Quentin Tarantino considers the takeover point for New Hollywood — and it’s fascinated him so much that he’s been poring over and pondering material for four years. So he revealed during a recent masterclass held at Lyon’s Lumière Festival, where the “work in progress” was given this noncommital classification: “Am I going to write a book? Maybe. Is it going to be a six-part podcast? Maybe. A feature documentary? Maybe. I’m figuring it out.” [Deadline]

More certain are his feelings and where they sprang from — in the latter case, Mark Harris’ Pictures at a Revolution: Five Movies and the Birth of the New Hollywood, which he calls “the best cinema book written this decade.” (It was, in fact, published in 2009, but I’m sure the author can forgive that mistake.) This is a personal story for Tarantino, as evidenced by this quote:

And so his historian mode really kicks in, here taking into consideration, of course, the social climate and its relation to what Hollywood was producing,  but also jumping across the planet and namedropping deep cuts such as Kenji Misumi’s Baby Cart At The River Styx, Enzo Barboni’s They Call Me Trinity, and Yu Wang’s The Chinese Boxer. Tarantino’s approach just seems awfully plural. There are the Beyond the Valley of the Dolls and MASH references, but how anything mentioned herein branches over, say, his sense that the rise of blaxploitation damaged a “genuine black cinema” that came to rise, or the trajectory of erotic cinema remains uncertain.

But his ultimate message is one of discovery and celebration, the director ending by saying, “Don’t get too hung up in classification of good and bad, because truly interesting is where it’s at… The idea is to go into these films and take it where they’re going and where the directors are taking you.” Where he takes us — or if he ultimately takes us anywhere — is an answer I can’t wait to have.

Check out the full masterclass below via Culture Box.