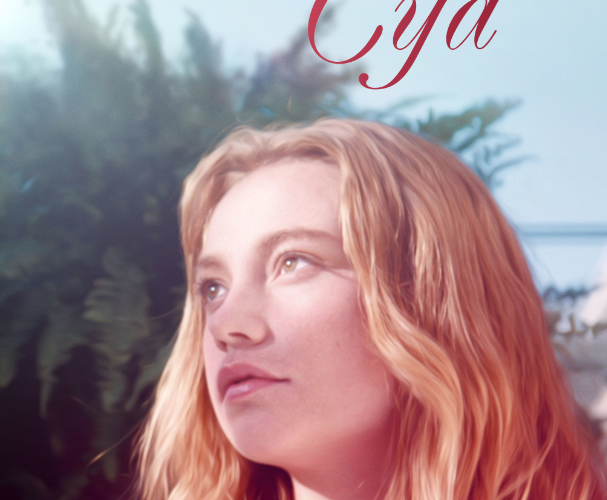 Is there a director more generous to his characters than Stephen Cone? Watching his films, one gets a sense that he doesn’t use the medium simply to tell stories but to exercise his curiosity and discover the things that make us human. In the hands of another filmmaker, Princess Cyd‘s two leads would’ve been pitted against each other and engaged in battle until a facile discovery in the denouement made them realize how much they had in common and led to a warm reconciliation. But not in Cone’s film, perhaps for the very notion that no one else is interested in telling the stories of characters such as these — perhaps because no one else can.

We first hear of Cyd through an emergency call, where we learn two people have died in a shooting that leaves only a little girl behind as the survivor. When we see her for the first time, she is a teenager played by Jessie Pinnick. For reasons unknown to us, she is sent to spend the summer with her aunt Miranda (Rebecca Spence) a renowned novelist who lives in the Chicago house where she’s spent her whole life. “Oh my God, you grew up,” she says to Cyd, adding a speck of surprise to the remark, as if she’s shocked someone could survive what the girl’s endured. Almost immediately she changes the topic to show Cyd a collection of books she may help herself to. “I don’t really read,” exclaims the teenager without a pinch of self-consciousness. How will they survive a whole summer together, right?

Yet he film that follows isn’t as interested in changing their different worldviews as it is in studying how two people so unlike each other can not only coexist but thrive by interacting. We see them make efforts at traditional ways of connecting. “How’s books and stuff?,” asks Cyd to Miranda over lunch one day; and when the reclusive Miranda offers to take Cyd shopping, we see that the younger woman understands how much she’s willing to leave her comfort zone for her.

As each goes through their summer, potential love interests arise — Miranda awkwardly flirting with one of her close friends (James Vincent Meredith) and Cyd becoming fixated on a gender-non-conforming barista (Katie Sauter) who offers to show her around the city. If trying to fit the film into a traditional genre, this would sound like a coming-of-age film, though Cone is too astute to set strict delineations on when this happens. In fact, the question at Princess Cyd‘s heart might very well be if we’re always coming of age. We see both women learn how to embrace their bodies in ways unique and similar to their respective periods in life.

Princess Cyd recalls languorous films such as To Kill a Mockingbird, and, just like Robert Mulligan’s touching snapshot of childhood, it seems like the kind of film in which viewers will best identify with the leading character closest to their age, though without failing to see the beauty in the other. So while Cyd’s need to belong and discover pleasure are exquisite to behold, Miranda’s introspection left a stronger mark on this viewer. Her serene wisdom and patience, as channeled by Spence, brought to mind Auntie Mame had she had been an ascetic who found fulfillment in sensible banquets.

We learn about Miranda’s spiritual life — “I believe in grace,” she explains — and rather than try to invade and question her beliefs, Cone shows how she puts them in practice. We don’t need a scene of her going to mass or praying to understand how she uses divinity to write her books and treat others. We understand that Miranda’s appetite for empathy is unending during a party in which all of her friends come bearing food and stories. The soiree in question, a scene Renoir might’ve been inspired to paint, shows characters from all walks of life coming together with the purpose to share with one another — an event that seems more surreal than anything we’ll see in any summer blockbuster. With this, Cone also continues to be one of the few directors who has chosen to contextualize faith rather than demonize it. He shows greater interest in the places where we are like each other, all while celebrating what makes us different.

Princess Cyd screens at BAMcinemaFest and opens on November 3.