Pinocchio Review: A Perfunctory Remake with Only a Scant Touch of Zemeckis Magic 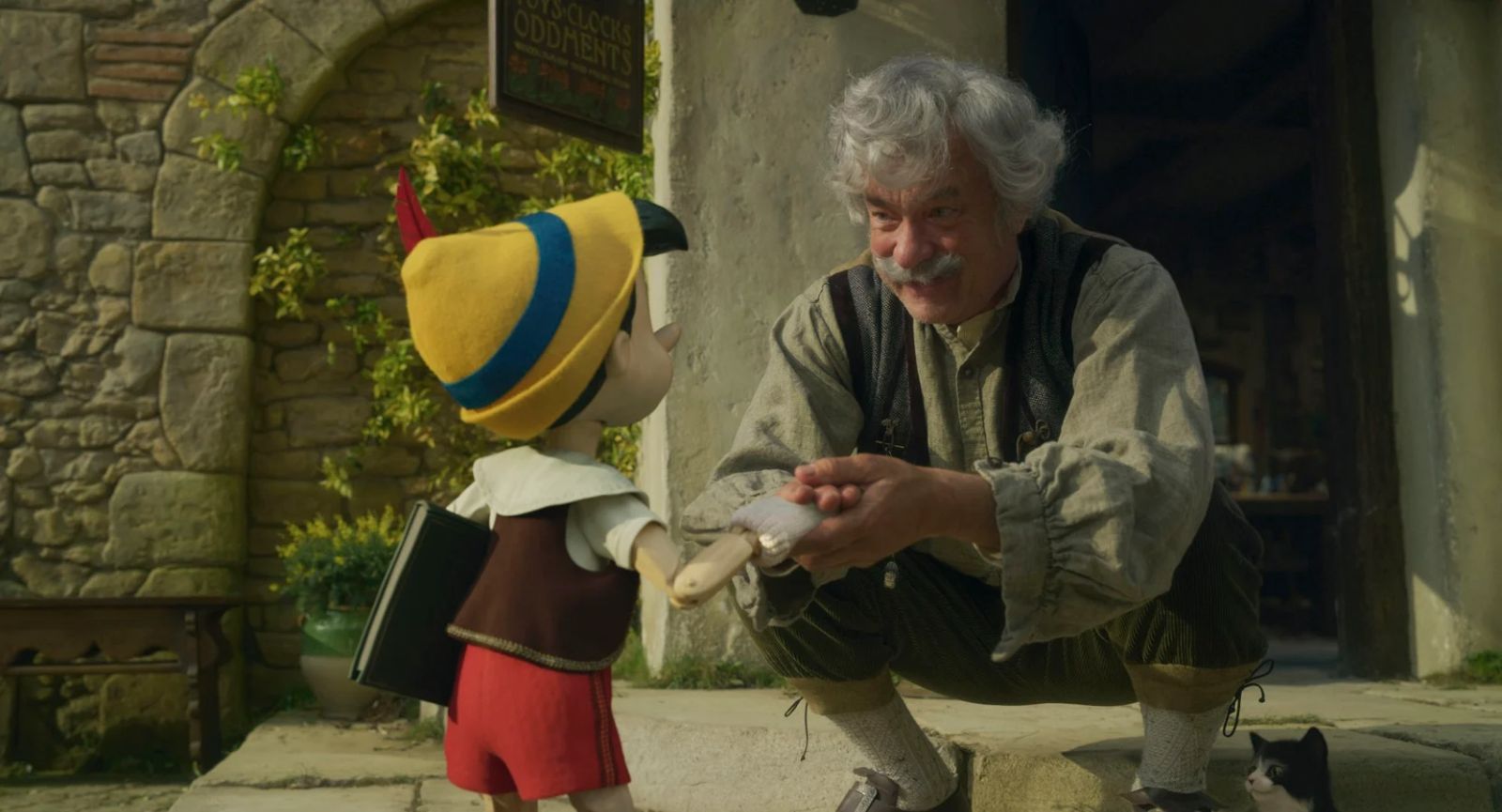 Even when experimenting with the latest new-fangled technology, Robert Zemeckis is, at heart, a storyteller of the classical variety. While some recent gambles (The Walk and Welcome to Marwen) didn’t match the high marks of Flight and Allied, they still exuded a peculiar attraction, wondering what made the director precisely interested in pursuing these stories in the first place. Coming off his Zaslav tax write-off The Witches, a familiar yet entertaining remake, he once again goes to the well of cinematic refurbishing for Pinocchio. As the third of four adaptations of Carlo Collodi’s story in recent years, unlike the oddities that make up much of his recent career, the curiosity surrounding this project mostly has to do with why Zemeckis felt the urge to revisit the material. Unfortunately, by film’s end, an answer isn’t any clearer.

Fawningly honoring the original text and the 1940 animation, Pinocchio lumbers beat by expected beat through the tale as old as time with minimal passion, failing to ever land on a worthwhile reason to exist. Cinematographer Don Burgess smoothly glides through the world of the marionette (Benjamin Evan Ainsworth) and Geppetto (a sleepwalking Tom Hanks, who feels more CG than the wooden toy coming to life at the story’s center). As Pinocchio is enlivened and sets out on his journey to prove himself brave, truthful, and unselfish, he’s tempted by fame and fortune by Honest John. Keegan-Michael Key, on voice duties, brings much-needed life to the movie—albeit adding a cringe-worthy Chris Pine joke that, at the very least, feels like the film’s sole zeitgeist-capturing moment, even if it was completely unintentional. Writers Zemeckis and Chris Weitz introduce a few new characters, including up-and-coming puppeteer Fabiana (Kyanne Lamaya), but they don’t seem to know how to expand her arc in any meaningful way.

It’s not to say this perfunctory remake is wholly absent of Zemeckis’ magical touch. There’s intricate production design, from the nifty clocks lining the walls of Geppetto’s shop to the well-worn Italian cobblestone streets beautifully lined with overgrown flora. Stromboli’s carnival sequences that, fittingly, wouldn’t be out of place in Guillermo del Toro’s rendition of Nightmare Alley and the vibrant, cursed spectacle of Pleasure Island bring a bit of life amidst the CG sheen. The finale, featuring our protagonists facing the mammoth sea creature Monstro, is rendered with an awe-inspiring scale and editing verve the rest of this film simply lacks.

One almost feels for Zemeckis through this whole deal, sensing with his recent bout of critical and commercial failures that he was boxed into a corner and had no other choice but to accept the Disney check. While a murky, laborious affair, Pinocchio never feels wholly inept with the consummate craftsman at the helm, yet it’s certainly the director’s laziest time behind the camera. Considering he’ll soon reteam with Hanks for a project that has quite a bit more imagination on paper, here’s hoping the duo find a spark of creativity and a sense of personality clearly missing this time around.

Pinocchio is now on Disney+.