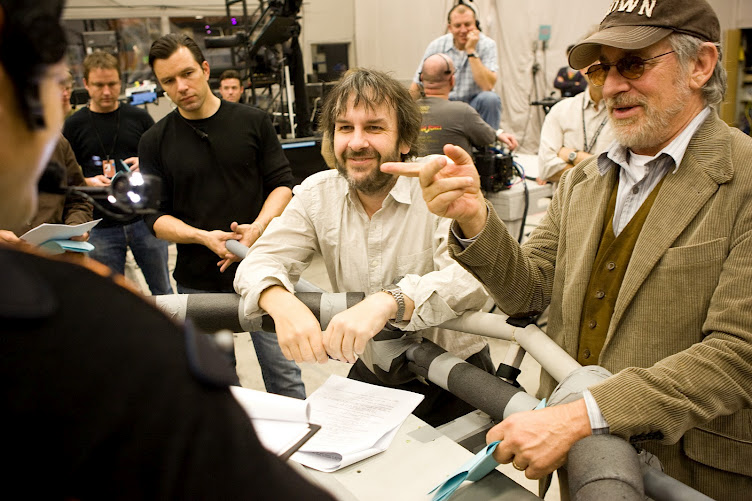 Although it just cracked $75 million here in the United States, Steven Spielberg‘s The Adventures of Tintin has brought in nearly $300 million worldwide. Put those together and you have a sure-fire sequel. We have heard the news for awhile; producer on the first, Peter Jackson would switch role with Spielberg and hop into the director’s chair on the second. With his strenuous, over-a-year-long production on The Hobbit sequels, many wondered when exactly Jackson would be up to the task.

Word came out that a sequel was aiming to hit either late 2014 or summer 2015 and it looks like those production plans are on track. Total Film caught up with Spielberg where he of course confirmed Jackson will be directing, even though he “wanted to do it.” He went on to say that Jackson plans to begin “right after he finishes photography on The Hobbit. He’ll go right into the 31, 21 days of performance capture.”

As for a story, he played coy saying that rumors of The Calculus Affair could be false, even though he likes it. Things won’t get too big however as he will be only based on two books. I was a fan of the first film, although it wore out its welcome during the third act. I adored the detail packed into each frame and would be excited to see the complete trilogy after the duo were just testing the waters with this one.

With The Hobbit: An Unexpected Journey arriving this December and The Hobbit: There and Back Again coming a year after, it would be a treat to get another Jackson blockbuster three years in a row. I just hope the New Zealand filmmaker doesn’t get burned out. The Hobbit will wrap up in June so expect more news around then.

What do you think about Jackson’s intense schedule?