Peter Bogdanovich on How Art Reflects Society, ‘The Sopranos,’ and His Darkly Prophetic ‘Targets’ 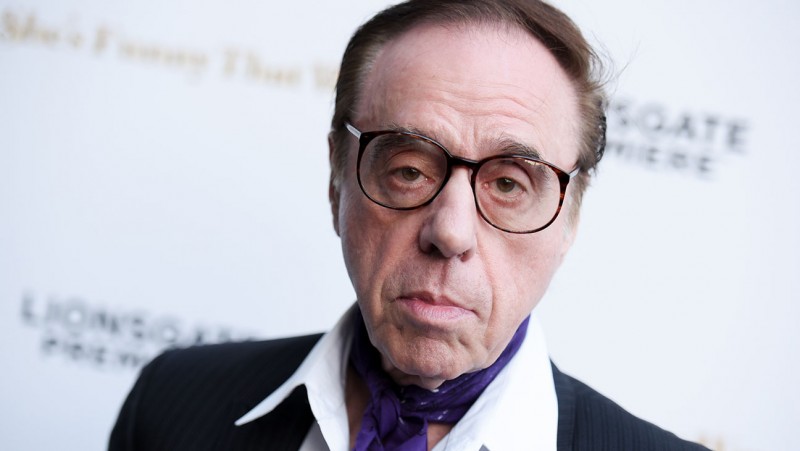 Peter Bogdanovich loves Hollywood. For well over half of his life, the 79-year-old actor/director/film historian has been an insatiable participant in the American film industry on all sides of the camera. An icon of the 1970s New Hollywood movement, Bogdanovich’s unbridled enthusiasm for the achievements of Tinseltown’s 1920s to 1960s “Golden Era” informs a truly chameleonic and deeply influential filmmaking aesthetic. As an artist, his projects have consistently defied pigeonholing. His directorial work spans a host of genres – from screwball comedy in 1973’s Paper Moon to tragic drama in 1971’s The Last Picture Show to unnerving postmodern thriller in 1968’s Targets, among many others – all informed by a layered reverence for the past. As an actor, his sardonic, witty screen persona and sonorous New York drawl are forces to be reckoned with, appearing in films by Orson Welles and Quentin Tarantino and landing a memorable recurring role on HBO’s epoch-making TV drama The Sopranos.

This year Bogdanovich turns his directorial attention (and melodious narration) to The Great Buster, a brand new documentary on the legendary screen comic Buster Keaton, intended to introduce Keaton’s artistic accomplishments to a new generation of filmgoers. In honor of the new film’s release and Bogdanovich’s long and rich career, the Quad Cinema in New York City will be holding a special Bogdanovich retrospective series starting this week, featuring his greatest hits from over five decades of filmmaking, with the director present in person. We took this opportunity to speak with Mr. Bogdanovich, asking him some choice questions about his favorite projects, the virtues and vices of the past, his darkly prophetic Targets, and his role as a psychiatrist’s psychiatrist in David Chase’s TV mob masterpiece, including an unused scene from the controversial final episode.

What is your favorite project that you’ve worked on as an actor or director?

Oh, boy. As an actor, I would say Orson Welles’ film, The Other Side of the Wind. It’s opening this year.

Yes – which I acted in in the 70s, and it’s now coming out when I’m in my 70s. I saw the film for the first time recently, after I worked on it for the last couple years. When I saw it, there was a guy in his 30s acting. I thought I was pretty good, but… [laughs] What happened to that actor?

I also very much enjoyed The Sopranos experience. That was great.

I was actually going to get to that later! But first: What are some of your favorite films or TV projects of recent years? Are there any younger filmmakers or creative talents you have an eye on?

Nostalgia for the Golden Age of Hollywood has been a major motif in your films from very early on. In the last few years, it seems as though cultural trends have leaned towards an attitude of being much more intensely self-critical of Hollywood, past and present, and American history in general. Audiences and critics seem to be much more skeptical of romanticizing the past, particularly that “golden age” of the early-to-mid 20th century. Is this something that you’ve observed or encountered? Do you have any particular thoughts or feelings towards younger people who are ambivalent or cynical towards America’s past and cultural legacy?

Well, most of them are ignorant. America’s history in filmmaking is extraordinary. It all sort of fell apart in the early 60s. But prior to that, it was a pretty extraordinary period. It’s not nostalgia I have; it’s respect for the fine work done by a lot of people. Young filmmakers, if they paid more attention to it, would be better filmmakers. And it’s not just the movies, but all the arts are in decline. Decadence, actually. You don’t have people writing novels like they did in the 18th or 19th century. You don’t have people painting pictures like they did in the 19th century. So it’s not just movies that have fallen into decadence–it’s all the arts. But that’s a reflection of the society that produces them. This is not the America of the 40s, or 30s, or 50s. I don’t know where we are, but it’s not good.

Looking back at one of your very first films, Targets: now that’s a movie that is really provocative and shocking to watch, particularly in today’s climate – moreso, I would imagine, then when it debuted in 1968. The two parallel storylines – one slightly comedic, about an aging actor from that Hollywood Golden Age played by Boris Karloff, and the other deadly serious, about a psychotic spree killer played by Tim O’Kelly – feel very discordant. And of course, the concept of a deeply disturbed young man shooting up a movie theater is no longer fiction; it’s something that’s happened in recent memory. You’ve never made another film as dark and disturbing as that one. How do you look back on that movie now?

Well, let me put it this way: I wish the film was more dated. We haven’t progressed in terms of gun control; we haven’t progressed at all. That boy could pick up as many guns as he wants. In Congress, the NRA has everybody in their pockets. It’s disgusting. We’re the only “civilized” country in the world that allows people to go out and get guns willy-nilly. People talk about the Second Amendment; back then, guns were single-shot. It took five or six minutes to reload one shot! They didn’t mean machine guns; that was not the intention of the Founding Fathers of this country.

The killer in the movie doesn’t even use assault weapons. He just uses pistols and hunting rifles. He almost seems tame compared to the real-life successors to that fiction.

There had been a couple of things at that point that inspired it. The University of Texas tower shooting [in 1966] was where we got the idea. We had Boris Karloff, because Boris owed [producer] Roger Corman two days’ work. He wanted a picture for Boris.

And did it in fact take two days to shoot his part?

No, it took five days.

What do you see as being the connection between Karloff’s storyline and the storyline of the shooter character?

Well, in connection with the death of fiction: Victorian horror isn’t horror anymore. What is modern horror is, a guy going and shooting a bunch of strangers. We’ve had a lot of that recently… I wish I hadn’t been so prescient. Well, I don’t know that I was prescient; I picked that story because it was the diametric opposite of the kind of Victorian idea that Boris incarnates. We had to make this picture with Boris, and we felt that his style of Victorian horror had been outdated by things like [University of] Texas.

I have to ask about The Sopranos. That series transformed American television. How did you come to be involved with it? Why and how did you get the role of Dr. Elliott Kupferberg?

Well, it started when I did a guest shot on a show called Northern Exposure, for which the showrunner was David Chase, the guy who conceived The Sopranos. He saw [my] dailies, and he said to me, “Have you acted before?” And I said, “I started as an actor – at 16 I was acting professionally! Why?” And so I had a couple days in Seattle playing myself for an episode, basically, and I met him there. And then seven years later he calls me and says, “We’re doing a second season of a show called The Sopranos. We’ve got a therapist character [Lorraine Bracco’s Dr. Jennifer Melfi] who’s having so much trouble with Tony Soprano that she needs a therapist, and we were wondering if you could do that.” I told him I’d love to. So he said, “Come on down and meet the writers,” and so I went on down and met the writers, auditioned, and got the part. They wrote me into sixteen episodes, and I loved it! I also directed one of the episodes – one that I wasn’t in. It was great fun – David wrote it [with Matthew Weiner], and I loved doing it.

So the part was written specifically for you?

It’s hard to imagine it being played by anybody else.

Well, thank you. The writers were very good. We weren’t allowed to change any dialogue. It’s funny, because for the last episode we shot a scene which had no dialogue written. I was instructed to give [Lorraine Bracco] some Kleenex, and so on. David [who directed the series finale] was sitting there and he yells, “Ask her a question!” And I’ve done sixteen shows not being allowed to even change a word. “Ask her a question” is quite an injunction. So I asked her a question, and David says, “Ask her a better question!” So I said, “Fuck you, David! You tell me what to say! You’re the writer, I’m not going to do this!”

[Laughs] This was for the dinner party scene?

No, a different scene. For the dinner party scene – [Elliott]’s a bit of a shit at the dinner party, but he’s also right! Because he does say that a sociopath is actually aided and abetted by therapy.

So you think he basically had good intentions?

The show seems to leave open the question of whether Tony is a true, textbook sociopath, and it doesn’t ever really resolve that. One of the things I love about it is that the show makes it very difficult to get an easy, two-dimensional read on any of the characters.

Yeah, I know what you mean. It’s very complicated that way. It was a great show.

The Great Buster opens on October 5 at NYC’s Quad Cinema alongside restorations of Buster Keaton’s work and following a Peter Bogdanovich retrospective.