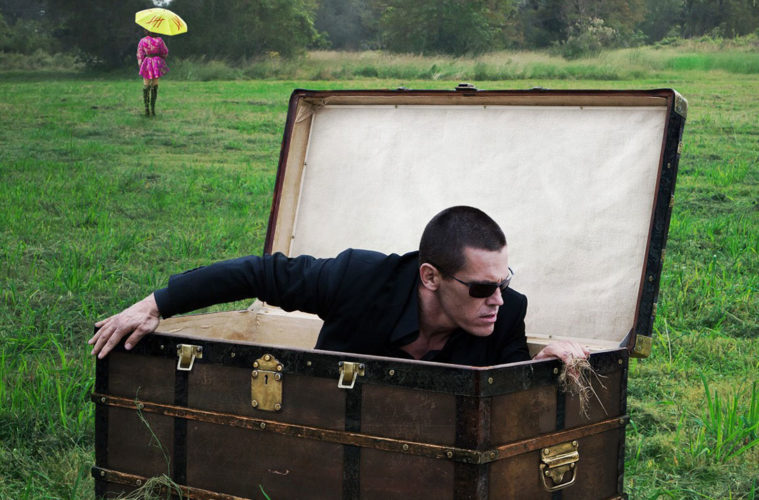 To adapt material as well-known and beloved as Oldboy — be it the original Japanese manga or Park Chan-wook‘s 2003 adaptation, the latter of which, years on, has been afforded the sort of cult status extremely rare for any foreign film nowadays — is, you’ll understand, no easy task, much less when some of the biggest names in modern Hollywood are requesting your input. So goes the unusual journey for screenwriter Mark Protosevich, who’s been involved with this new iteration since 2008 — at that time, when it was meant for a director-actor pairing most studio heads would kill (perhaps with one of the protagonist’s preferred method) to have under their belt.

Now transformed into a major motion picture directed by Spike Lee — starring Josh Brolin, Elizabeth Olsen, Samuel L. Jackson, and Sharlto Copley, among several other recognizable faces — Protosevich’s reworking of the material is lean, efficient, and appropriately brutal, all while, most surprising of all, making improvements in its most recognizable diversions. Less than 24 hours after seeing the picture, yours truly was glad to probe the long, occasionally terrible process of crafting a revenge tale for American audiences. Check out our conversation below.

The Film Stage: I quite appreciate how you play with the original film by adding to and spinning the original material. You’ve been attached to an Oldboy remake since late 2008, at that time when it was a project meant for Steven Spielberg and Will Smith. Can you take me back to the beginning?

Mark Protosevich: What’s interesting is that I was going through some old files, and I realized it’s been almost five years to the day that I got a phone call from Will Smith — whom I had worked with on I Am Legend and got along with well, and who has been really supportive ever since. And he called me up and said, “I want you to write my next movie. It’s a remake of Oldboy, and you have to come out to L.A. and meet the director. That’s Steven Spielberg.” [Laughs] I said “okay!” That’s not a call you get every day, and it’s a great one to get.

Two days later, I was in Los Angeles and meeting with Steven. I met with him a few times, and then… you know, there’s always some kind of deal that needs to be negotiated, and so it did sort of go on for quite a while. But, for a year, that was the talent combination that was going to do it, and, in that time, I had written a very detailed, 30- or 35-page treatment. Any screenwriter who uses treatments will tell you that, in a lot of ways, that’s the hardest part of the whole job — because you’re creating the foundation of the entire film. It’s supposed to be a detailed treatment; you’re pretty much, in a nutshell, boiling down every scene.

So, I think I wrote… I had a treatment for the screenplay, and I felt really good about it. What happens, for me is, I always start seeing the movie in my head — and, creatively, it’s very strong, for me, when the movie starts playing in my head. I was incredibly enthusiastic about it, and, about a year after that initial meeting, everything fell apart: Spielberg pulled out, and, because of that, Will pulled out, so nothing was happening. I remember getting that phone call. As a screenwriter, you have many soul-crushing days, but that was a particularly bad one; because I had invested so much, emotionally, into the idea of doing this project, and become so attached to it, it was really disappointing.

But, then, the producers wanted to go forward — they wanted to make the movie, even though there was no director or actor at this point. I was so invested that I said, “I want to be part of this.” And, so, we went forward, working with them for probably about a year — doing various drafts of the script — and the deal that I struck with them was, “Because it was no longer a big-budget studio film, it was much more an indie project at this time.” They couldn’t pay me a lot of money upfront, but I said, “That’s okay. If you like my script, I want to be a co-producer on the movie, and I want to be as involved as I can.” Luckily, they liked my first draft quite a bit and everybody was incredibly enthusiastic. They’ve been incredibly supportive ever since, and I was on the set for a lot of the shoot. It was a great experience, which is not the norm for a screenwriter, unfortunately — but it was very satisfying for me.

Ultimately, I had a draft that everyone felt very confident about, and that’s the script that we started sending out to actors and directors. Both Josh and Spike really responded to it, and they had always talked about working together — so, it all came together.

When Spike first came aboard in 2011 and the two of you first discussed this project, what was your biggest point of differentiation, in terms of an approach?

When I first met Spike, I went to New York and went to his office at NYU so we could watch the original film together. We talked about, sort of, the “philosophy” of we wanted to do and how you approach things. We then went through my script page-by-page, talked about that, and, in a lot of ways… it wasn’t a very specific difference. Because he liked the script very much, if you look at the final film and the draft he read, it’s pretty much the same film. There’s not a lot: it’s little elements within a specific scene changed, but the thing was what it was. The thing is, it was more talking about not being… you know, “Let’s really go for it. Let’s not compromise. Let’s try to be as bold as possible and not be afraid to go to dark places.” To go back to some of your plays with the material, I found the beginning to be a really pleasant surprise: it’s much more fleshed-out, and this extended build-up only gives his eventual escape so much more power. Where did you springboard all that?

Well, I did want to spend a little more time with him at the beginning of the movie to really put a deeper understanding of where he’s at, in his life, at that point, when we meet him. He’s not in a good place, and I really love stories about transformation — personal transformation, a character going through some kind of experience or traumatic incident that forces them to really confront who they are.

So, I wanted to really create a sense of who this guy was at the beginning, because who he is when he comes out of that place is a very different man. One of the conscious things that I wanted to do, from the very beginning, is spend time with him inside that prison, inside that room with him, and really see the progression he makes — his breakdown and his reemergence. In a lot of ways, that was the part of the movie that maybe intrigued me the most; I wanted to spend some more time there and, luckily, everyone else was onboard with that idea, too.

When it comes to approaching the big twist, you really volley it up and nod to audiences who have seen the original — the crime show on his prison’s TV, for instance.

Again, that nod really fascinated me. Could you talk about setting it up in a different manner? How much of Park’s effort did you consider in your own application?

One of the things I wanted to do — especially in terms of the television — is put, for people who had seen the original film, something that might throw them a little off-course. And, also, I did want to explore the idea, more, of him really trying to make amends, the experience in the jail lasting until he realizes it’s about his redemption through these letters to his daughter and wanting some kind of relationship with her, thinking he’s rescuing her. I liked amplifying those elements.