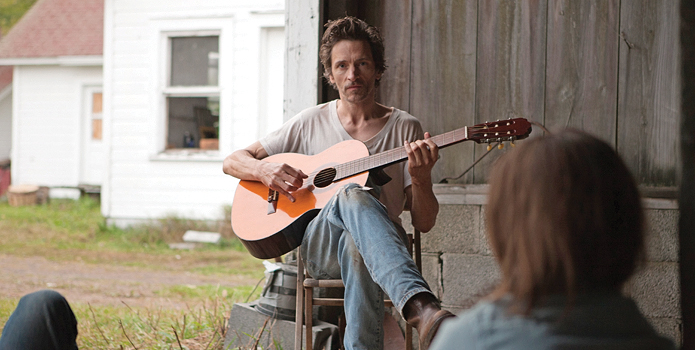 Yesterday morning we brought you two excellent trailers for Sean Durkin‘s Martha Marcy May Marlene, and in just the past 24 hours Fox Searchlight have debuted their big marketing push for what is quite a tough sell. They launched a fantastic official site and we have the first theatrical poster and motion poster (both similar to the QR code posters from yesterday) via Yahoo.

We’ve seen these motion posters go ridiculously over-the-top, but I think this is a subtle and effective use that mirrors the unsettling feeling found in the film. You can also get a glimpse of that mood in the first clip via Apple, which features a heated talk between Elizabeth Olsen and her sister, played by Sarah Paulson. Check it out below for the drama also starring John Hawkes, Christopher Abbott, Brady Corbet, Hugh Dancy, Maria Dizzia, Julia Garner and Louisa Krause.