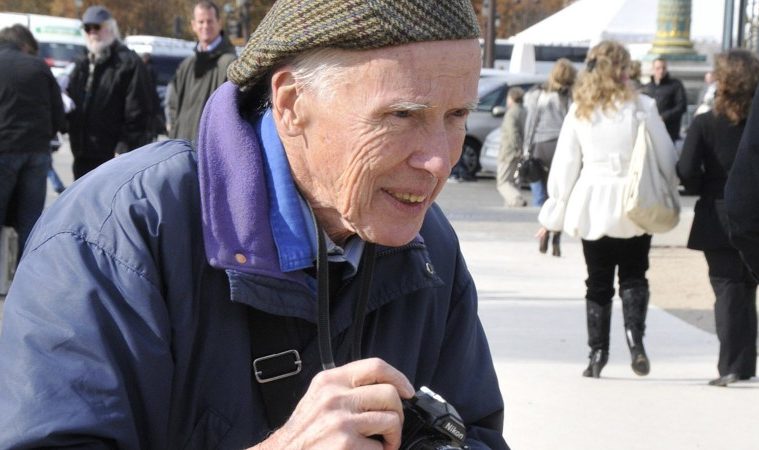 NYFF Review: In ‘The Times of Bill Cunningham,’ a Legendary Photographer’s Work Speaks for Itself

A number of great artists found their start in fashion photography, the glamor and fastidiousness of the industry attracting all sorts of imagistic visionaries. Man Ray, Stanley Kubrick, and Bruce Weber, to name a few, began there while serving as an additional creative outlet for others such as Robert Bresson and Spike Jonze. However, not all fashion photographers aspire to make moving pictures, content with the capability for the still image to, as the cliche goes, tell a thousand words. Bill Cunningham approached the craft differently, finding a modest, philosophically altruistic method to capturing his subjects. “I’m really doing this for myself. I’m stealing people’s shadows, so I don’t feel as guilty when I don’t sell them,” Cunningham attests when asked about his dislike for being paid for his photos. In Mark Bozek’s solid documentary The Times of Bill Cunningham the eponymous photographer provides intimate insight into his background, artistic process, and his unwavering passion for seeing people as they truly are.

Cunningham is perhaps best known for his street photography of New York’s various denizens, a method that would go on to be commonplace within the industry. He shot many of these iconic candids for The New York Times, featured in his own section, “On the Street,” from 1978 until his passing in 2016. A Harvard dropout, Cunningham eventually shied away from designing fashion, moving toward fashion journalism, a realization that came when he began to appreciate how outfits were better defined by who wore them and how they carried themselves, not because of the clothing’s particular branding or sheer quality. Although these attributes might suggest an austere individual, Cunningham couldn’t be further from that. Through a combination of archival and original footage, Bozek demonstrates Cunningham’s youthful, jovial spirit, often smiling and laughing while photographing or interviewing his subjects, a contagious enthusiasm that immediately endears the viewer. While the formal presentation of the doc is functional, ultimately, it’s rather unremarkable, shot and edited like any number of by-the-books documentaries—complete with a serviceable but bland voiceover narration by Sarah Jessica Parker. Fortunately, Cunningham’s charisma and fascinating life story keep the material from completely stagnating.

Always on the move, riding his cruiser bicycle, Cunningham seemed to never slow down, even in his old age. Bozek has kept up with him ever since a 1994 interview at Carnegie Hall that lasted longer than either of them had initially expected. Soon after, a friendship formed and Bozek took to documenting his friend’s career at every turn. As a result, the documentary, while only 74 minutes, is densely packed with information both trivial and invaluable to Cunningham’s life and legacy. Bozek’s script isn’t particularly compelling on its own, but Cunningham’s work tends to speak for itself when the gregarious photographer isn’t offering his own perspective. Nevertheless, due to the film largely revolving around the 1994 interview, being considerably dependent on Cunningham’s thoughts being interwoven with a contemporaneous narrative that reads like a perfunctory book report, the film fails to maintain the excitement that Cunningham himself emanates. Had the documentary been any longer, it would almost certainly become tedious—not befitting to Cunningham’s attractive personality.

The Times of Bill Cunningham puts a spotlight on perhaps the world’s most famous street photographer and dispenses innumerable wisdoms on the titular subject’s prolific career, albeit presented in a mundane fashion. Bozek’s career is primarily that of a producer, founding his own production company, Live Rocket LLC, in 2017 after decades of working in the industry, and his inexperience in the creative aspects of filmmaking are fairly evident. Bozek certainly seems to share Cunningham’s irrepressible passion yet his film suggests he lacks the imagination to express his admiration in a manner that goes beyond being just adequate.

The Times of Bill Cunningham premiered at the New York Film Festival and opens on February 14, 2020.