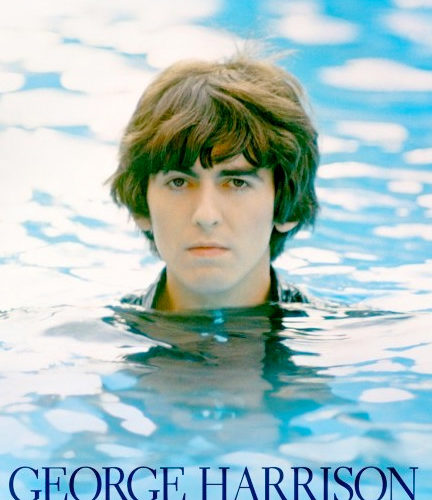 Martin Scorsese, in his six decade-spanning career, has arguably never met a challenge he was incapable of conquering. Yet he faces a unique test in George Harrison: Living in the Material World — how do you give insight to one of the central players in what was perhaps the strongest influence on 20th century popular culture? George Harrison is no obscure figure like Steven Prince; he’s an artistic and cultural icon. He does it with detail, and he does it with beauty, because George Harrison: Living in the Material World may very well be the most comprehensive and layered look we ever get at the musician’s life.

Of the many exemplary characteristics of World is its cinematic quality. Some documentaries suffer from a point-by-point, nearly textbook approach to their subjects; despite opening with archival footage and brief interview snippets from those close to the man, it feels like a drama from the start. One of the earliest sights is footage of bomber planes over England set to Harrison‘s tremendous “All Things Must Pass.” It seemed, at first blush, that Scorsese was setting some ironic tone. A song of great beauty — that also happens to be about tough times getting better — juxtaposed with images of destruction? Turns out I couldn’t have been more wrong. He’s using these awful events as a way of, as the song’s lyrics do, looking forward; the result of all this is the England that George Harrison grew up and developed in. For me, it’s establishing that one thing led to the other throughout his life. The feeling of this sequence is quickly underlined by inside footage of what many might have taken as a moment more cataclysmic than any of the bombings: the break-up of The Beatles.

But Scorsese isn’t skipping over that entire, formative era of Harrison‘s life. The next 100 minutes or so lay out not just his time with the greatest band in history; they also give us the first glimpses at a complex and artistically impeachable man. But he isn’t sticking to wholly familiar ground — while a good amount of the footage exhibiting the Fab Four will come across as familiar to fans, rare and unseen moments are mixed in. The archival material on display here is, frankly, astounding.

One portion that especially stood out involved the group waving to fans on a balcony; a simple thing is granted an entirely new perspective when we see them snap photographs of the fans — and it immediately, seamlessly cuts to those very same color pictures. Just the fact that something this minimal (but nonetheless captivating) was implemented speaks volumes to the diligent work of the director and his editor, David Tedeschi.

Meanwhile, interviews with friends and family — the latter of which includes his son, Dhani, and widow, Olivia — help shed light on the person off the stage. While he was sympathetic and loving to friends and family, we get glimpses of a somewhat darker side; one interviewee sums up his personality with the descriptor, “Bag of love, bag of anger.” His various infidelities are also alluded to, but things of this sort aren’t dwelled upon too heavily. Some may accuse those involved of providing an overly-ideal depiction; in reality, these things don’t matter.

That’s because, when we get into his solo career, the film changes gears and becomes more introspective, mirroring his deepening spirituality. With this shift toward Indian culture and thinking came an inner-peace and certain selflessness that led to some of his most notable collaborations. Harrison‘s work in forming Handmade Films is discussed, and anecdotes from Monty Python members Eric Idle and Terry Gilliam provide some of the biggest laughs. There’s a wonderful story about how he mortgaged his own home to fund Life of Brian, simply because he thought it would be a good movie.

This conflict — between a material life of wealth and the desire for a greater understanding of the world — serves as much of the impetus for the second half’s momentum. The latter ultimately wins out; in spite of his riches, he overcame any pressures of being in the public spotlight through his family. Both Dhani and Olivia Harrison recount memories of him as a father and husband, and it’s no coincidence that the strongest moments, emotionally speaking, come from the two of them. Without their insight, including an incredibly moving final word from Olivia, much of the proceedings wouldn’t have the same impact. There are archival interviews featuring the man himself, but Scorsese and Tedeschi have taken a far more interesting route by telling much of his own side through images and music. Although it’s more than nice to hear some of his own thoughts on the rise to stardom, there’s something (for lack of a better term) lyrical about seeing a photo of Pattie Boyd and he whilst hearing parts of “Isn’t It a Pity” — upon Eric Clapton starting a relationship with Harrison‘s then-wife, no less. Other documentarians can rely exclusively on talking head footage — Scorsese is a filmmaker, and he wants us to learn a few things about his subjects through, again, cinematic paths.

Fans of his music may be a little frustrated at the decision to never really play a song from start to finish; “What is Life,” for instance, will come in at the perfect moment, only to fade out around the chorus. Personally, I found the choice enthralling. His music isn’t all that defined him as a person, so there’s no reason to exclusively use it as a way of getting ideas across.

One issue that I can agree on is the length. Although George Harrison did so much in his life — and so much of it was extraordinary — certain interviews don’t add much to the story. Yes, I certainly have a great deal of respect for Klaus Voorman and his work with The Beatles, but a brief portion featuring Voorman and his ex-girlfriend, Astrid Kirchnerr, drag things down. The film rebounds quickly, yet there is the sense that this could have a) been removed for the sake of brevity, or b) filled in with additional thoughts by Paul McCartney or Ringo Starr, both of whom are terrific. Ringo even gets the best line!

Letting that take control over one’s memory of the final result is making a mountain out of a molehill, though. When all is said and done, fans of Harrison‘s long career will be captivated by things that they’ve known for decades — and thrilled by items even they haven’t laid eyes upon. Novices, meanwhile, will get as in-depth a look at his public and private life as they could ask for, all while being taken on a musical and cultural journey. Scorsese has given us another definitive portrait of a great artist.

George Harrison: Living in the Material World is currently playing at New York Film Festival and will premiere on HBO on October 5th and 6th.