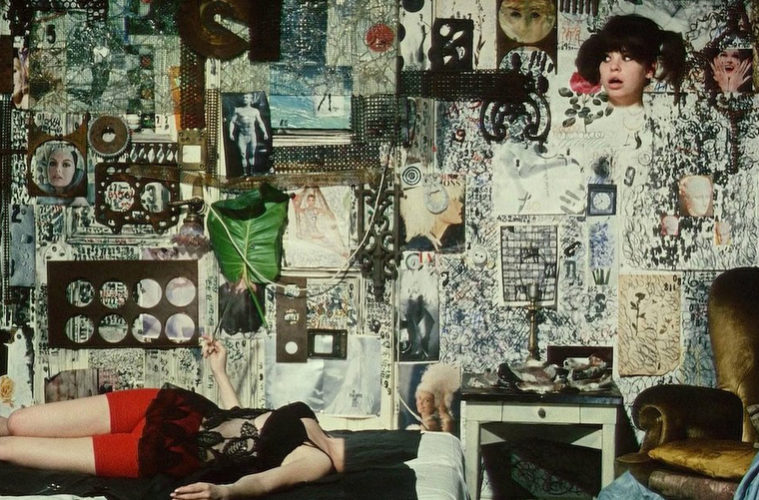 A series on Czech titan Věra Chytilová has commenced. King Hu’s The Fate of Lee Khan has been restored.

Herzog’s Bad Lieutenant and a print of Cronenberg’s Spider can be seen.

A series on Latin America’s recent sci-fi cinema gets underway with the Solaris-esque Goodbye Dear Moon this Sunday.

Once undistributed for fear it would “incite racial tension,” the British feature Babylon has been restored.

Singin’ in the Rain screens on Saturday. Work by Kenneth Anger and Bruce Baillie screen as part of “Essential Cinema.”

The great Bernadette Lafont starts in Nelly Kaplan’s A Very Curious Girl, which has been restored.

Francesco Rosi’s Christ Stopped at Eboli has been restored; his Lucky Luciano also screens on Sunday.

A print of Modern Times plays on Saturday and Sunday.

An anime reworking of Metropolis shows on Saturday and Sunday; I Drink Your Blood and Fight Club have showings.