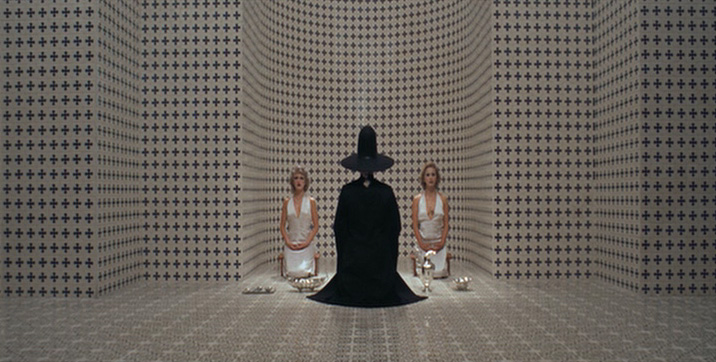 Ozu continues to fill schedules, this weekend packing no less of a punch: On Friday (6/14), one can check out The End of Summer and Passing Fancy; Saturday (6/15) presents the former once more, alongside A Story of Floating Weeds; and, Sunday (6/16), be sure to hunker down when Film Forum offer a 2-for-1 deal in screening There Was a Father and Record of a Tenement Gentleman. All are shown on 35mm.

But that’s not all! Before their pairing kicks off, start Sunday with the Father’s Day selection: A Tree Grows in Brooklyn, directed by Elia Kazan.

Ran — widely considered Akira Kurosawa‘s final masterwork — will screen this Saturday (6/15) on a new 35mm print, followed by a discussion with legendary Japanese actor Tatsuya Nakadai. It goes without saying that we have a strong example of can’t-miss repertory.

Further fine screening options land on Sunday (6/16), which offers a Charlie Kaufman double feature: Being John Malkovich and Eternal Sunshine of the Spotless Mind. Both will screen with prints in tow.

Entrance is granted with museum admission, and seating is available on a first-come, first-served basis. “Harris Savides: Visual Poet” has its last full weekend when Zodiac arrives on Saturday (6/15) — complete with an introduction by David Fincher — followed, this Sunday (6/16), by Noah Baumbach‘s Greenberg.

“Allan Dwan and the Rise and Decline of the Hollywood Studio” will, too, continue with its own packed weekend in store. Be sure to look at the full list here and decide for yourself.

Mel Brooks‘ Silent Movie plays every morning of the coming weekend — while, some 12 hours later, Alien continues its run.

In the midnight realm, Friday (6/14) and Saturday (6/15) will see presentations of Terry Gilliam‘s The Fisher King and, on 35mm, Alejandro Jodorowsky‘s The Holy Mountain.

To wrap up a great series, “The Works: Karen Black” will go out with The Day of the Locust this Friday (6/14) and Saturday (6/15) at midnight. Playing those same nights and times, and continuing “June Midnite: Space is the Place,” is James Cameron‘s Aliens.