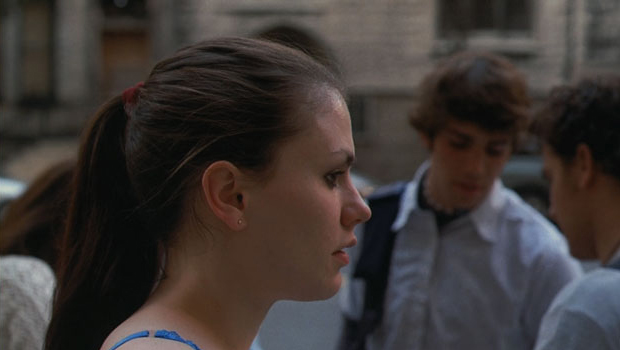 The Kieslowski retrospective has its final weekend.

Some of documentary cinema’s recent bright stars are given dedication in “Pushing the Envelope: A Decade of Documentary at the Cinema Eye Honors.”

Margaret and You Can Count on Me screen this Friday and Sunday, respectively.

The Sword of Doom screens this Saturday, with an appearance from star Tatsuya Nakadai.

The latest “To Save and Project” is up, with movies from King Hu, Robert Aldrich, and George A. Romero among the eclectic pack.

The Tomo Uchida retrospective has its final weekend.

Martin Scorsese’s masterful After Hours screens on 35mm this Sunday.

Just in the time for the election: “Demagogues,” featuring the likes of Citizen Kane and The Great Dictator.

The Tampopo restoration continues its run.

“The Medium is the Massacre” continues with the likes of Poltergeist, Demons, and Videodrome.

The for-all-ages “My First Film Fest” offers films from the likes of Keaton, Chaplin, Jim Henson / Frank Oz, and Miyazaki.

Malcolm X, Morvern Callar, and more play in “Welcome to Metrograph: A to Z.”

A print of Satoshi Kon’s unshakable Perfect Blue has midnight showings, while Nashville plays before noon and with brunch.

“Bresson on Cinema” brings us closer to the genius and his influences. Pickpocket plays alongside de Sica and two Chaplin pictures this weekend.