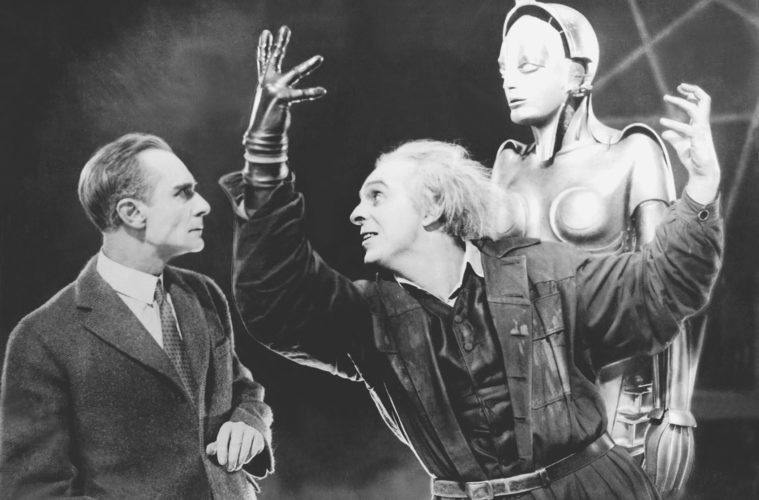 Two of Howard Hawks‘ greatest comedies will screen this weekend, and sandwiched between them is a melodrama. Bringing Up Baby shows up on Saturday (9/28), while Sunday (9/29) brings the James Cagney-led racing picture The Crowd Roars — likely a fine compliment to Red Line 7000, screening later in the series — and Monkey Business, which stars none other than Carey Grant, Ginger Rogers, and Marilyn Monroe.

Not that your time at MoMI needs to be all-Hawks, all the time: the one-and-only L’Avventura returns to New York City this Sunday, as part of “See It Big!”

One of Fellini‘s final pictures, Ginger e Fred, plays on Saturday (9/28) for “Dante Ferretti: Designing for the Big Screen” — which, Sunday (9/29), brings Elio Petri‘s Todo Modo and Pasolini‘s Medea. All are on 35mm. Jacques Becker‘s Antoine and Antoinette will play through the weekend, as seen in a new restoration.

Some classic comedy is the plan for Sunday (9/29), beginning with the Harold Lloyd-starring Speedy making a 35mm appearance. Most substantial is, later in the day, a showing of the long-lost Three Stooges short Hello Pop, which is accompanied by “rare examples of early Technicolor from George Eastman House” and three shorts of varying availability. For fans of rare and lost cinema, it’s a cant-miss exhibition.

Not content to let Hawks fall solely to one New York City theater, IFC will screen a 35mm print of Red River every morning of the weekend.

At midnight this Friday and Saturday (9/27, 9/28), Richard Linklater‘s Slacker and the Coen brothers‘ Big Lebowski screen. Richard Kelly‘s metaphysical drama of teenage angst comes to Brooklyn this weekend, with Donnie Darko screening, on film, Friday and Saturday (9/27, 9/28) at midnight, as part of “Find the Time” and September brunch.

On those same nights, around those same times, “Nitehawk Naughties” brings Revenge of the Cheerleaders, also on 35mm.

Just before noon on Saturday and Sunday (9/29), Fritz Lang‘s Metropolis will screen under the “Vamps and Virgins” label — complete with a live musical performance from Black Lodge — while Back to the Future screens concurrently for “Find the Time.” Brunch accompanies either screening.

The full cut of Terry Gilliam‘s Brazil is screening at midnight.

To celebrate John Waters‘ muse, BAM will hold 35mm showings of the director’s Female Trouble and Polyester — screening on Saturday and Sunday (9/27, 9/28), respectively.