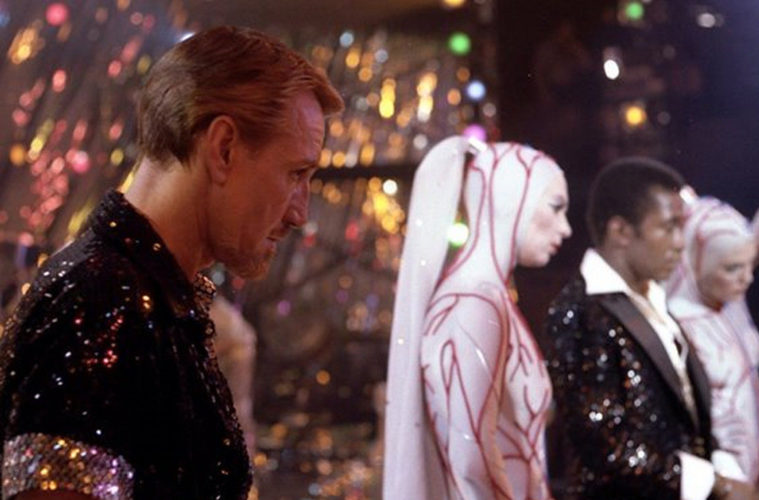 Want to see great movies for free? This Friday, Lincoln Center brings Film Foundation-restored titles to you at no cost. Ford‘s Drums Along the Mohawk, Scorsese‘s The King of Comedy, John M. Stahl‘s Leave Her to Heaven, Fosse‘s All That Jazz, Donen‘s Two for the Road, and Kazan‘s Wild River are the options.

For “Ingrid Bergman at BAM,” see Cukor‘s Gaslight on Friday, Hitchcock‘s Spellbound on Saturday, and Bergman‘s Autumn Sonata on Sunday. All are on 35mm.

For the end of “See It Big! New York on Film,” Dog Day Afternoon will show this Friday, Enchanted and Lonesome on Saturday, and Symbiopsychotaxiplasm: Take One & Mekas‘ Lost Lost Lost this Sunday.

For the De Sica series, see Miracle in Milan, Umberto D., and Shoeshine on Friday and Saturday; you can see him star in The Earrings of Madame De… and Full Force on Sunday.

Nagisa Oshima, Henry Hathaway, and others are showcased in “This Is Celluloid: 35mm Encore.”

“September: She Made It” offers A Night to Dismember, Real Genius, and short films from the first female director, Alice Guy-Blaché; the lattermost screens with live musical accompaniment.

A print of Ozu‘s Late Autumn screens before noon.

Coppola‘s Dracula will show at midnight.