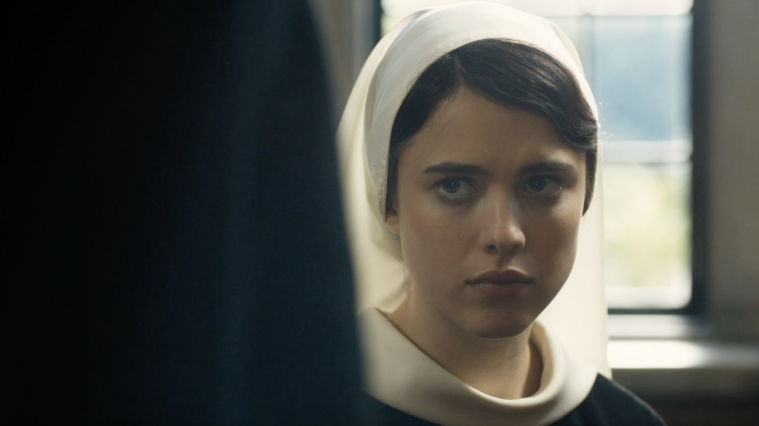 Premiering at the Sundance Film Festival earlier this year where writer-director Maggie Betts picked up the Breakthrough Director award, Novitiate explores the life of those in a convent in the early 1960s in a time of great religious change. Starring Margaret Qualley, Melissa Leo, Morgan Saylor, Dianna Agron, Julianne Nicholson, Liana Liberato, Denis O’Hare, and Maddie Hasson, the first trailer has now arrived ahead of an October release.

“Written and directed by Maggie Betts, Novitiate is a rare behind-the-scenes look in a pre-Vatican II (1962) convent in the 1950s and 60s at a time of extreme social change. The equally harrowing and frank Novitiate, like Martin Scorsese’s Silence, is about the dangerous consequences and ends in which those that have heard the calling are willing to go,” we said in our review. “The drama traces the journey of Sister Cathleen, played in a star-making turn by Margaret Qualley (The Nice Guys), an America teen from a troubled family who attends Catholic school and becomes enchanted by the notion of an otherworldly love.

Spanning over a decade from the early 1950s through to the mid-60s, NOVITIATE is about a young girl’s first initiation with love, in this case with God. Raised by a non-religious, single mother in rural Tennessee, a scholarship to Catholic school soon finds Cathleen drawn into the mystery and romanticism of a life devoted to the worship and servitude of God.

With the dawn of the Vatican II era, radical changes in the Church are threatening the course of nuns’ lives. As she progresses from the postulant to the novitiate stage of training, she finds her faith repeatedly confronted and challenged by the harsh, often inhumane realities of being a servant of God. Cathleen finds herself struggling with issues of faith, sexuality, and recent changes in life of the Church.