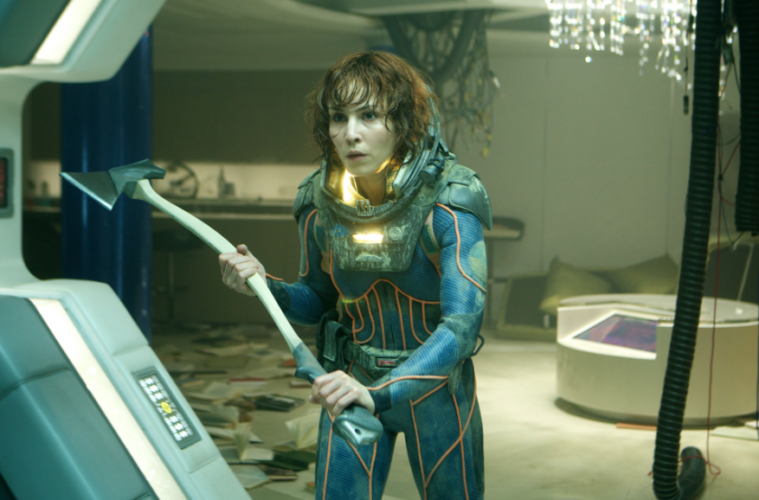 Although production has been going on for some months, the cast for Ridley Scott’s next installment in the Alien franchise is continuing to expand. Deadline is reporting that Prometheus star Noomi Rapace will take part in next summer’s Alien: Covenant, shooting multiple weeks of scenes. This clearly suggests a reprisal of her role as Elizabeth Shaw, one of two survivors of the Prometheus’ fated expedition. She will join the other survivor of that journey, the returning Michael Fassbender as David 8, a robot with a sharp wit and killer curiosity.

Alien: Covenant joins these two returning members with newcomers to the science-fiction series, including Katherine Waterston (whose character is rumored to have familial relations with the franchise’s biggest star), Billy Crudup, Danny McBride, and Demian Bichir. As we await the first trailer, which we imagine will arrive this winter, check out the behind-the-scenes photos thus far, including our first look at McBride.