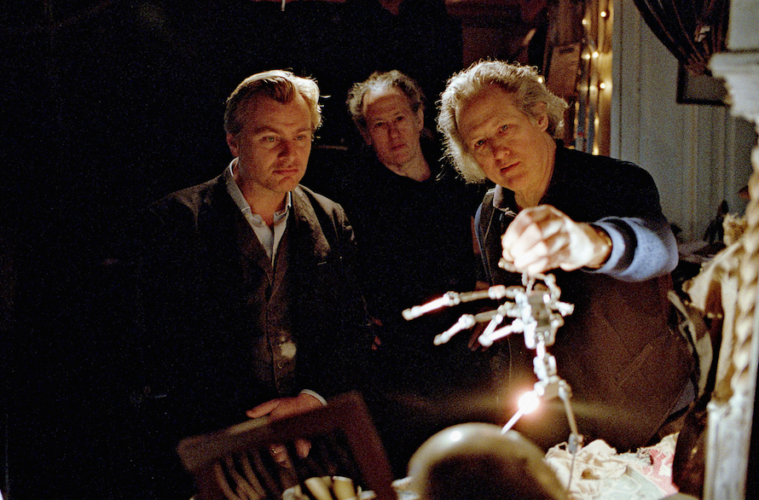 At New York Times, Christopher Nolan talks with the Quay brothers about the upcoming retrospective:

CHRISTOPHER NOLAN When I dropped by your studio and showed you the film I’ve done, you said I was giving away your secrets, and I was curious as to whether you were being serious about that.

QUAY BROTHERS Any professional animator seeing our methods would probably double up with laughter thinking that deep down we don’t have any professional training and that it looks like it.

Watch a video essay on Scorsese‘s influence on Boogie Nights:

Now that we’ve all finished mopping up the blood of the Fantastic Four, the last and, I’d say, noisiest major casualty of summer movie season, maybe it’s time for a quick update about where we are in the grand attempt to make sure that every studio, and every chunk of the calendar, is colonized by comic-book movies now and forever. 2015 was always going to be a strange year in the Project Spandex timeline: Most of the movies in that big set of five-year plans — 10 Phase 3 Marvel Universe movies,1 10 (and counting) Phase Whatever DC movies, and a fistful of Fantastic-X-Spider-franchise offshoots — were announced in 2014, with their releases set to begin in 2016. So this year has been a kind of intermission: a summer of throat-clearing and tying up loose ends and, despite the presence of three new movies, expectancy.

And then the young man picked up the severed ear and stared deeply into its ant-encrusted whorls.

That was the moment I fell completely for – and into – “Blue Velvet,” and I can still feel the excitement of its darkness wrapping around me, like a blanket at bedtime on a night you just know your dreams are going to take you someplace new. I had walked into the theater a naïf, and left bruised and confused and elated. And how I would love to feel that way again about a movie, and to see it in the same state of unsullied expectation.

After reading our extensive interview with the director, watch a 45-minute talk with Listen to Me Marlon‘s Stevan Riley:

After going behind-the-scenes of the film, ready why Ken Russell‘s The Devils deserves a divine resurrection, according to Film School Rejects‘ Landon Palmer:

When Ken Russell began production on The Devils during the summer of 1970, he was fresh off the critical and commercial success of Women in Love, his adaptation of D.H. Lawrence’s sexually-charged novel about a battle of the sexes among 1920s British aristocrats, a production that secured him an Oscar nomination. But where Women in Love was distributed by United Artists, no stranger to the lucrative potential of controversy, The Devils would find the director working, for the first time, with one of Hollywood’s Big Five.