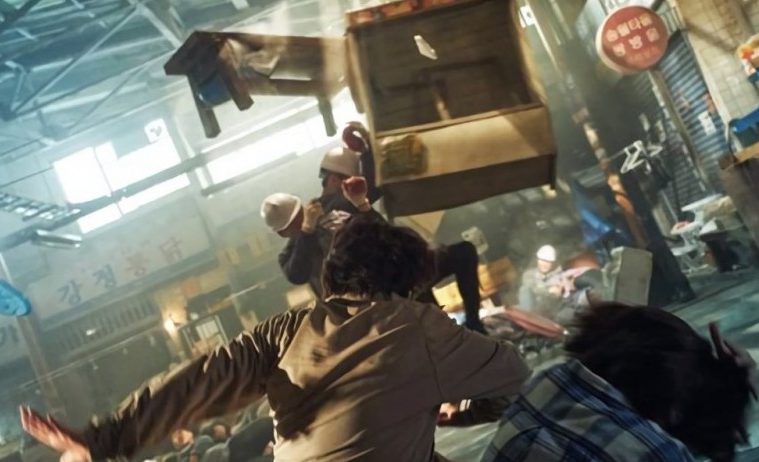 After his zombie thriller Train to Busan earned over $135 million worldwide — and interest in a Hollywood remake — director Yeon Sang-ho is already back with his next feature. Titled Psychokinesis, it’s an action-packed black comedy film following Ryu Seung-ryong who plays an a man who discovers superpowers and intends to use them to save his daughter.

Naming it one of our most-anticipated films of the year, a U.S. release date has yet to be announced by Netflix, who picked it up late last fall. (Update: It’ll hit April 25 on Netflix.) However, it’ll debut in South Korea at the end of this month and now the first full trailer has arrived. Seemingly expanding the director’s scope while also injecting a strong dose of comedic-infused setpieces, hopefully it’s as successful as his previous feature.

See the trailer and and poster below.

Psychokinesis opens on January 31 in South Korea and on April 25 on Netflix.