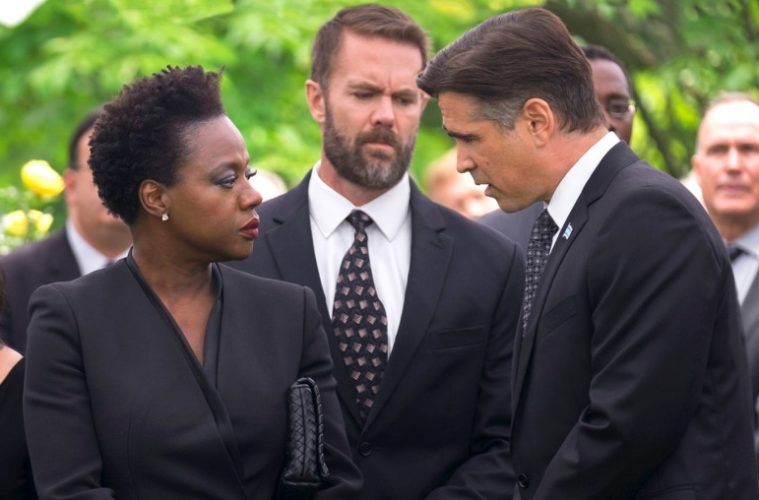 Set for a world premiere at the Toronto International Film Festival, Widows marks the return of Steve McQueen, five years after his multiple Oscar-winner 12 Years a Slave. The star-studded crime drama, based on the British television series, features a script co-written by Gone Girl‘s Gillian Flynn, and now 20th Century Fox has released a new trailer.

“I remember seeing Lynda La Plante’s TV show Widows at 13 years old. The idea that these women achieved something no one thought they had the capability of doing left a big impression on me, especially at a time in my life when I was being judged in the same way,” McQueen recently said. “Many years later, when I first came to Hollywood, I was struck by how many talented actresses weren’t working. I decided then that after I made a movie about slavery that I wanted to make a female-driven film.”

From Academy Award®-winning director Steve McQueen (“12 Years a Slave”) and co-writer and bestselling author Gillian Flynn (“Gone Girl”) comes a blistering, modern-day thriller set against the backdrop of crime, passion and corruption. “Widows” is the story of four women with nothing in common except a debt left behind by their dead husbands’ criminal activities. Set in contemporary Chicago, amid a time of turmoil, tensions build when Veronica (Oscar® winner Viola Davis), Alice (Elizabeth Debicki), Linda (Michelle Rodriguez) and Belle (Cynthia Erivo) take their fate into their own hands and conspire to forge a future on their own terms. “Widows” also stars Liam Neeson, Colin Farrell, Robert Duvall, Daniel Kaluuya, Lukas Haas and Brian Tyree Henry.